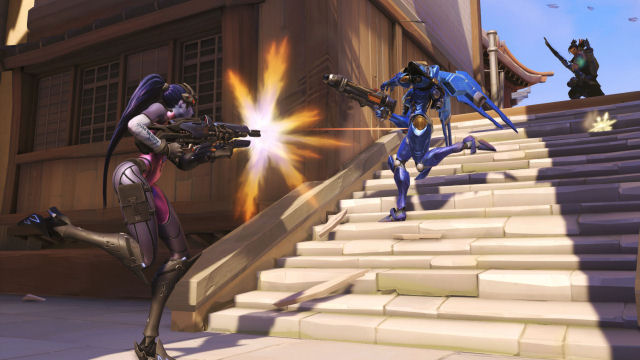 It has been almost a year since Blizzard Entertainment announced their new franchise Overwatch at BlizzCon 2014. Players have been eagerly awaiting for the rumored Fall 2015 beta to launch. Finally, the first batch of recruits will be able to do do some field-testing on October 27, 2015! But this beta will be a little bit different from Blizzard’s usual testing format.

Beta participants are going to be divided into two different groups, each with different mission objectives and deployment schedules. This is in hopes of getting a ton of top-notch feedback on gameplay to help make Overwatch the best team-based shooter while hammering on the tech its been built upon. Again, participants may fall into one of two groups: Closed Beta and Beta Test Weekends.

Only a small number of testers will have regular access to Overwatch public beta test. These testers will be expected to discuss and dissect every hero, map, ability, and all other aspects of the game on the beta forums. Again, this number will be extremely limited, but Blizzard will add more people over time to make the most of engagement.

Periodically, Blizzard will switch open the public beta test for all available to play. This is only to help “stress test” servers to avoid Diablo III error 37 and World of Warcraft: Warlords of Draenor launch days (note: Warlords launch endured DDoS attacks as well). These will take place generally over the weekend and will run concurrently with the ongoing Closed Beta test.

There will be no game codes to enter into Overwatch beta (so don’t fall for phishing scams). Players are encouraged to sign up for beta in hopes of gaining access to the game. Players can sign up through their Battle.net Account Settings > Games & Codes > Beta Profile Settings to include Overwatch in games they wish to test.

Sadly, the game will only be available for Windows-only through the Battle.net desktop app. The first phase of Closed Beta will deploy on October 27, 2015 in the Americas gameplay region. Eventually Europe and Asa gameplay regions wills be available, but there is no confirmed date at this time.

Once Closed Beta begins, we’ll have more details. In the meantime, keep up on the latest news at Overwatch.