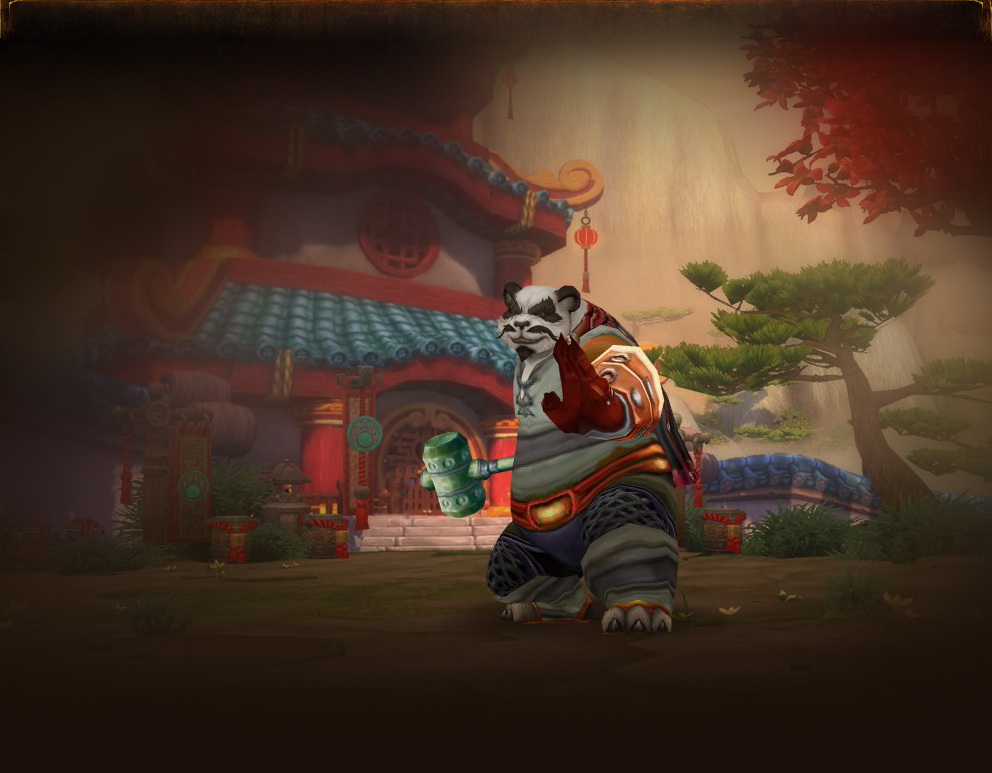 Doubleagent has completed what seemed like an impossible mission in Warcraft!

Doubleagent managed to stick to his impossible plan and reached level 90 on June 21, 2014. Typically, a Pandaren in World of Warcraft will leave the Wandering Isle roughly around level 10 and forced to don one of the two faction tabards–Horde or Alliance–but he remained neutral the whole way.

Doubleagent began his journey in September of 2012 after being challenged to find the “level cap” on the Wandering Isle by his friend. He made sure that he was always fully rested for maximum experience and once he hit level 55, he never dropped out of rested during his sessions.

There are several issues with not picking a faction and leaving the Isle: no dungeons, scenarios, battlegrounds, or raids. Most of the instanced areas require a faction choice since players are grouped together in the same faction.

Archaeology is not available on the Wandering Isle since it requires level 20 to obtain the skill. There isn’t even a trainer available.

Speaking of trainers, there isn’t even a Fishing Trainer on the Isle. Nor is there a Riding Trainer or vendor–which is why Doubleagent picked Shaman (Warlock and Paladin are not playable classes for Pandaren). Even the Pet Battle trainer is missing!

Gathering professions. Unfortunately, he did not have access to an Auction House since they are faction bound (except two Goblin Neutral Auction Houses) and was forced to vendor all of the items he collected on the Wandering Isle.

During his leveling time, he’s switched his Mining and Inscription out, but has constantly kept Herbalism since it didn’t force him out of Ghost Wolf.

Since he didn’t pick a faction, he was not eligible for any of the character paid services such as faction, race, appearance, and boosting to level 90!

Doubleagent has decided that he will not be picking a faction and intends to level up once Warlords of Draenor launches. If for some reason he cannot level any higher, he plans on leaving his shaman on the Wandering Isle at level 90.

Honestly, this is a huge accomplishment for any player. A huge congratulations to Doubleagent and his infinite amount of patience.