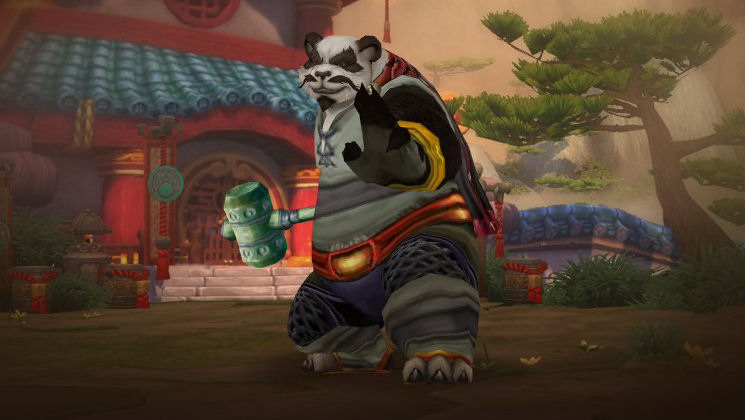 The neutral faction Pandaren, Doubleagent, has finally hit level 70 in World of Warcraft!

Back in August, Doubleagent made his GAMEBREAKER debut when his Pandaren Shaman reached level 60. Well, a few days ago, he finally reached level 70. In fact, he reached it 2-3 days before he thought he would.

For those of you who are unfamiliar with leveling up the shaman class (because it seems to change almost every expansion), at level 70 most learn the spell either Bloodlust or Heroism. Since Doubleagent is neutral, it has been confirmed that he has learned neither.

Just hit Level 70 not that long ago. And like I thought, no Bloodlust or Heroism at this level. (Source)

By now, players are starting to speculate on possibly having a neutral faction within the game such as guilds for the social interaction. While that is the downfall to not choosing a faction with the Pandaren starting area, it would require a little bit of technical ingenuity for Blizzard to make neutral guilds possible.

The issue with it is what would happen when those neutral guilds finally picked a faction? Not to mention, you couldn’t exactly participate in any of the other features in-game such as battlegrounds, dungeons, or raids. I’m sure the World of Warcraft team never anticipated anyone choosing not to leave the Wandering Isle.

But Doubleagent is still sticking to his plan to level all the way to 90. He anticipates that he might see level 80 in the next two to three months. Hopefully, he’ll be able to reach Mists of Pandaria max level before the next expansion releases.

Q: Do you freak out the lowbies when they see you?

A: The ones that don’t know me, generally ask me how I got there as they most often assume I somehow left and came back to the isle, when I’ve just been there for a long time and working on slowly getting to higher levels. (Source)

So if you see a level 70+ Pandaren running around the Wandering Isles, take the time to wish him luck on his journey. Maybe even stick around to keep him company.