Paragon Shows Us How to Kill Mythic Mar’gok 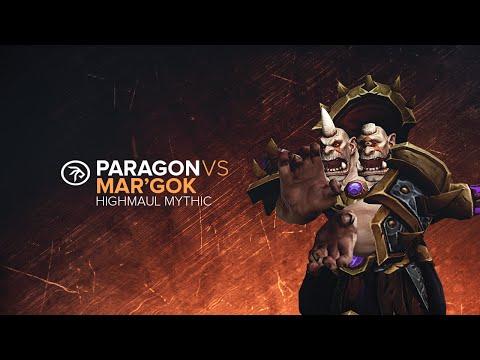 Prepare for the chaos of Imperator Mar’gok in Paragon’s kill video!

Paragon was able to claim the title as World First for Highmaul and the race will pick back up when Blackrock Foundry releases. But the World First Imperator Mar’gok kill video is available for enthusiastic World of Warcraft players to consume.

While he hasn’t been quite as challenging as some of the other optional raid bosses in the instance, he does come with his own set of threats for Mythic difficulty. Quickly, the area begins to fill with area of effects, white pulsating magical orbs, debuffs rippling off players, and a twist at the end.

It took Paragon 122 wipes and almost 20 minutes before finally defeating Mar’gok. The video is beautifully edited with several perspectives from key members from the raid. And it also includes the critical nerd scream at its conclusion.

Not only does this capture the final moments of Imperator Mar’gok, but it is an excellent learning tool for those venturing into Mythic. Seeing the fight unfold will give those who follow behind the World First Racers the edge to prepare for the catastrophe ahead.

Another round of congratulations to Paragon for getting World First in Highmaul and being the first to complete the entire raid. Blackrock Foundery awaits in the New Year.