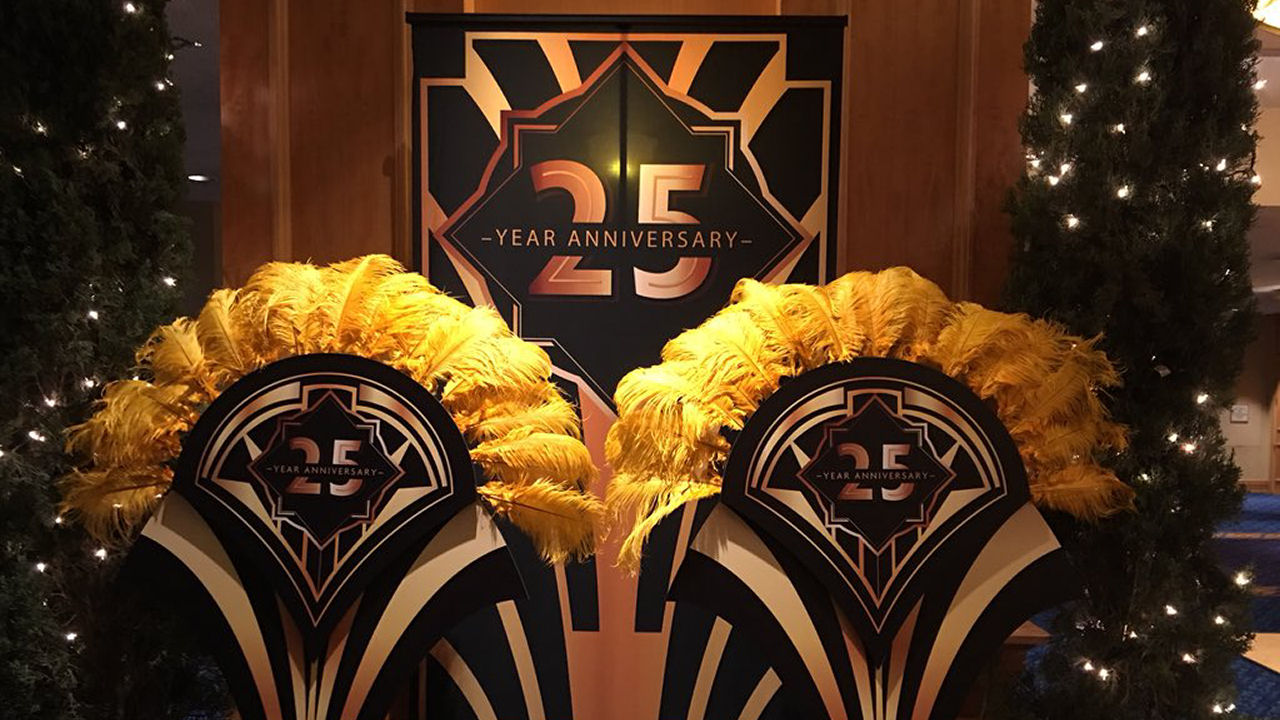 Several times a year, Blizzard Entertainment employees around the world gather to recognize the dedication and commitment demonstrated by those who help create the most epic entertainment experience through Service Awards. This has been a tradition that began in 1996 to celebrate two-, five-, ten-, fifteen-, twenty-, and now twenty-five-year milestones.

Blizzard Entertainment was found back in 1991 and is quickly approaching its 25th year of publishing and developing video games. During the 2015 Holiday Party for Blizzard employees, they revealed the 25-year Service Award prototype.

Just like the 20-year Service Award Helm, the Warhammer has detailing that reflect every franchise currently live from Blizzard Entertainment. This will be a mighty weapon for Blizzard employees to display in their offices and hold high proudly.

Since Blizzard is hitting theit 25-year milestone in the new year, it’s possible that the company could host another anniversary celebration similar to their 20 Year Anniversary. The company in 2011 had taken a look back over the last 20 years of games. And fans are still waiting patiently for the return of some of those classics to be playable once more. This year, would be the one to catch nostalgic former-fans by releasing them once again.

We can only wait and see what 2016 will reveal with Blizzard Entertainment as they celebrate 25-years.