Progressing And Gearing Up In Blackrock Foundry 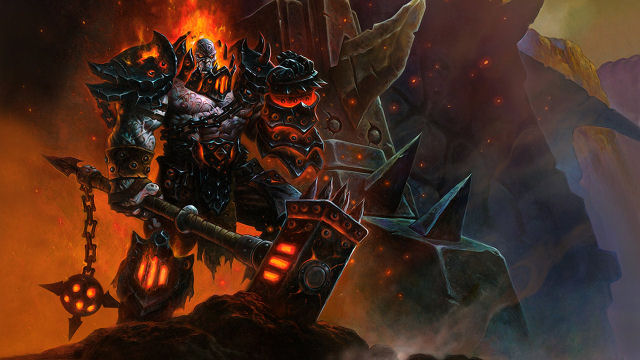 Prepare for Warlord Blackhand and his minions in Blackrock Foundry!

Blackrock Foundry is a non-linear, four-wing instance in World of Warcraft. It was designed to be a complement to Highmaul, which is also part of the Tier 17 raid. Its split release was an experiment to avoid overwhelming or rushing raiders like previous first expansion raid Tiers.

But this two-month gap caused players to feel like Blackrock Foundry was a whole separate tier. And this also made several feel like the raid was overtuned in difficulty, when it really was simply designed with a different gear set in mind.

Highmaul was tuned for players with varying gear from dungeons and crafting, while Blackrock Foundry is for those with mostly Normal Highmaul gear, which makes several of the early wing bosses easier compared to end-bosses like Kromog and the Iron Maidens. Even Blackhand is designed with Tier set bonuses to defeat him.

That means that Warcraft raiders should not try to clear an entire wing so early in progression. Those that attempted to face the Blast Furnace after defeating Gruul and Oregorger would be in over their heads. As stated by Lead Game Designer Ion Hazzikostas that it would be like “skipping from bosses 1-3 all the way to bosses 7-9”.

Blackrock Foundry is designed with an average item level of 665 from Normal Highmaul. However, most of Highmaul’s Normal gear level is actually set for ilvl655. This means that to make the most of defeating Blackrock Foundry at Normal difficulty would require at least some Heroic gear from inside Highmaul.

That being said, players shouldn’t count Highmaul out for progression. They may want to return to the great Ogre city if some of the bosses are proving more difficult to defeat in Blackrock Foundry.

And acquiring gear will be a little easier thanks to Blackrock Foundry Raid Finder releasing, filling in any missing gear from late progression in Highmaul. Once Patch 6.1 goes live, players will also be able to improve their crafted gear up to ilvl 670-680.

Players progressing into Blackrock Foundry will be able to decide which bosses to face themselves. Since these bosses will vary in difficulty, this guide will rate them based on first impression and defeat.

To better prepare players for progression in Blackrock Foundry, this guide will be in four parts for each wing. They will cover general strategies on positioning and how to avoid mechanics. Be aware not all strategies may some raiding teams.

The Blackrock Foundry wings are as follows: Slagworks, the Black Forge, Iron Assembly, and Blackhand’s Crucible.