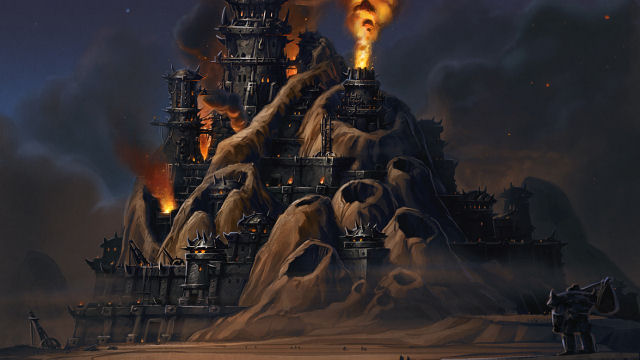 Schedule revealed for the invasion of the Blackrock Foundry in World of Warcraft.

Prepare to face off once again against the Iron Horde inside the Blackrock Foundry. It is the second raid for the first raiding tier of World of Warcraft: Warlords of Draenor and the heart of military might. And finally, Blizzard Entertainment has revealed its scheduled release.

Warcraft players will be able to take down Warlord Blackhand starting on February 3, 2015–the date many were speculating for this release. Blackrock Foundry will have ten bosses and will reward heroes with Tier Tokens for Tier 17 Gear.

Also, the final World Boss will terrorize the skies with Blackrock Foundry’s release. The mother of the Arakkoa, Rukhmar, will descend from flight near the sun and purge the world in flames. This world boss will have players returning week-after-week to acquire the Solar Spirehawk mount.

Like Highmaul before it, Blackrock Foundry will have later releases for Mythic and Raid Finder Difficulties. Raid Finder will not have Tier Tokens but will have basic set bonuses based on armor class and role.Those who plan on continuing through Raid Finder will also need a minimum gear item level of 635.

The complete schedule is below:

What should be evident is that the release for Blackrock Foundry will not require the current PTR Patch 6.1. Again, this raid is the second raid for Tier 17 and is linked with the Highmaul raid. That being said, the achievement for completing Heroic Highmaul, Ahead of the Curve: Imperator’s Fall, before the next raid tier can still be earned after February 3rd.

Also the next part for the Legendary questline will be unlocked for players to earn their ilvl 710 ring. While players can currently gather Elemental Runes, the next lengthy gather items, they will be more readily available on bosses in Blackrock Foundry.

Players will probably begin to crack down on progression with just two weeks left before Blackrock Foundry releases. Are you prepared?