Screaming Over Hellscream: Not Another Orc, Warcraft! 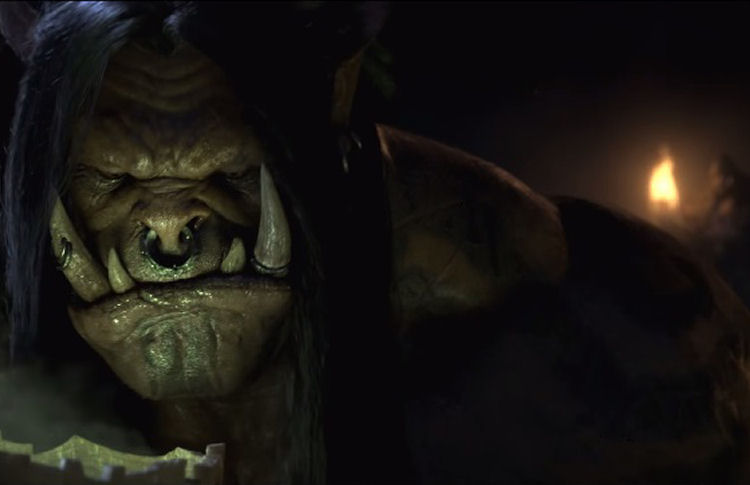 “Another Orc?” is heard across the World of Warcraft community as the end-boss for Warlords is revealed!

Many different interviews have or are coming out after the big European Gamescom conference. Early on, Vanion.eu had a two-part one-on-one interview with Lead Game Designer Tom “Kalgan” Chilton on the upcoming World of Warcraft expansion, Warlords of Draenor.

While most of the interview was pretty mundane information and clarification, the big question on Warlords end-boss was asked. The answer shocked and surprised many players.

According to Chilton, Grommash Hellscream is to be the final boss in Warlords of Draenor. Whether or not players will actually get to kill a Hellscream this time is still up to the developers, it seems a bit disappointing that heroes will face yet another Orc, and the father of the last one we deposed.

Now, this is where there is a cross in the information and it’s important to iterate that what was said at BlizzCon 2013 wasn’t a promise and was always subject to change.

During the “What’s Next?” Panel for World of Warcraft, Chris Metzen stated very adamantly that it won’t just be an Orc.

“Uh god, don’t tell us? Another Orc, really? Tell us this Orc is not the boss of the expansion?” I want to get ahead of that. Garrosh facilitates the story-telling, this natural flow. And while he will be heavily involved in the story-telling, he’s not the guy. There’s a guy behind the guy. Those of you who are astute will conclude very quickly who the guy might be, but we’re going to let that ride for a little while longer.

And I guess I’d also like to tease, the end-boss of this whole giddy up, as so far as we’re thinking today, it won’t just be an Orc either. Take that as you will.

Metzen was kind enough to not exactly reveal who the end-boss would be during BlizzCon 2013. It seemed that the team had learned their lesson from Mists of Pandaria when they shared that Garrosh Hellscream would be the final boss for that expansion during BlizzCon 2011.

But it seems that Chilton didn’t keep that in mind during the Vanion interview. Not only did he reveal the end-boss in the first interview, but double confirmed it in the second. He stated very clearly in the second part of the interview that they had intended for Grommash Hellscream to be the end-boss since BlizzCon 2013.

As we can see from Metzen during that time, they were planning on having a guy-behind-the-guy. And this guy could very well still end up as an extra incentive boss for those at Mythic difficulty for raiding. But all other players will still have to depose of Hellscream in the final raid tier for Warlords.

By sharing who players will have to face off against at the end of Warlords, the excitement and anticipation has tarnished for most in the community. It’s already difficult to grasp that the Draenor players are journeying to is 35 years in the past, but not associated with the true timeline. But now it’s possible that the guy-behind-the-guy idea might be tabled by now.

Hopefully, it won’t be since Chilton did go on to say that a lot of content is based on community feedback, desires, concerns, etc.. Though the team might already have an idea of just who they want to be the end-boss in Warlords, it’s possible they will take into account the “not another Orc” groans and recall the words said at BlizzCon 2013.

Again, nothing stated at BlizzCon is ever concrete and is always subject to change. If players have learned anything from previous box art, its that the end boss is usually revealed forefront and center (excluding Classic and Mists). Fitting seven in the trademark Warcraft rune ring would have proven very difficult.

What do you think about another Orc being the end boss for another expansion? Do you want the guy-behind-the-guy instead?