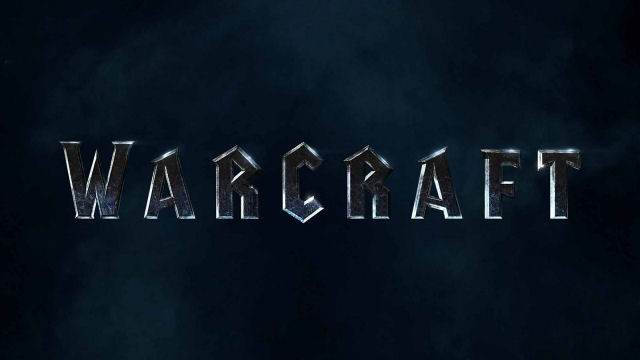 San Diego Comic-Con 2015 was jammed packed with big teasers for the Warcraft Movie!

World of Warcraft fans are still waiting with bated breath for any trickle of news on the upcoming Warcraft Movie in June 2016. Again, Legendary stormed into San Diego Comic-Con 2015 to share with attendees the official Warcraft Movie website, exclusive new character art, a VR tour of Stormwind, lifelike characters from Weta Workshop, and the highly anticipated “trailer”.

At BlizzCon 2014, fans were able to make their stand by either #FightForTheAlliance or #FightForTheHorde that opened up for faction specific goodies. But now the movie has an official website and twitter (@WarcraftMovie) for all the latest updates.

Included is the story setup for the Warcraft Movie:

The peaceful realm of Azeroth stands on the brink of war as its civilization faces a fearsome race of invaders: Orc warriors fleeing their dying home to colonize another. As a portal opens to connect the two worlds, one army faces destruction and the other faces extinction. From opposing sides, two heroes are set on a collision course that will decide the fate of their family, their people and their home.

So begins a spectacular saga of power and sacrifice in which war has many faces, and everyone fights for something.

These faction specific websites had their own flare of goodies inside their respective download packs. But the official site included the Comic-Con exclusive character art of Durotan of the Frostwolves and Anduin Lothar.

Convention attendees were given an amazing opportunity thanks to the combined efforts of Legendary and Weta Workshop. Orgrim stood tall and proud on the show floor, waving his legendary weapon Doomhammer menacingly to any in his path. Near the might Orc stood the soldiers of Stormwind with King Llane Wrynn to rally his men to arms. Among the many weaponry on display was the never-before-seen dagger that is to be carried by Lady Tadria Wrynn in the movie.

Fans were allowed to strike a pose with Orgrim either in fierce battle or along side him as a comrade in arms. Many familiar faces showed up with weapons in hand for a photo opportunity. Those who took up arms were given an exclusive faction pin for the Warcraft Movie.

This year, Director Duncan Jones wasn’t alone and was able to bring with him most of the cast from the movie. This was a chance for the actors to talk about their individual characters and how it was working on the film. The entire panel (except movie footage) is available for non-convention attendees below:

Even though Legendary had hyped up that there would be a Warcraft Movie trailer at SDCC with big news sites, it doesn’t seem like that was to be the case. Otherwise, the trailer would have been live soon after the panel’s conclusion. Thankfully, Germain Lussier with io9 gave his best description of the footage that was shared.

The skies look dusty with green highlights as a clan of orcs are walking on a desolate, orange plain. Two leaders, Orgrim (Rob Kazinsky) and Durotan (Toby Kebbel), are leading the way. A massive set of gates opens and inside, there are orcs working. Building weapons. Mining. Durotan says “Our planet is dying, we need food and water.” A group of orcs sit around the fire and talk about how they believe in the orc warlock Gul’dan (Daniel Wu), and will follow his lead. Next Durotan and his wife, Draka, are laying on the ground of their hut. The wife has chosen a name for their child, but the father says “I’ll choose a name when I meet him.” She then reveals it’s a son and he’s every excited—a big moment for Warcraft fans, as Durotan’s son grows up to be Thrall, one of the big heroes of the games and eventually World of Warcraft.

We see the aforementioned Gul’dan on a massive cliff with the Dark Portal from the games behind him. “Dead, alive, dead, alive,” he slowly chants. He reveals that a thousand soldiers need a thousand slaves – prisoners, not corpses – as fuel for the Fel. Then what appears to be the souls of these awkward purple humanoids are sucked out, down into Gul’dan’s staff, and then explode out to open the huge green portal and the orcs begin to run through. Durotan tells his wife, “I’ll go first” and she nods. He walks through the portal and she follows. However, when the wife walks through, she apparently gets stuck somewhere. The trailer makes it unclear.

We now see a man flying a gryphon over the city, Stormwind. This is the humans of the Alliance. Montage of shots of the Alliance characters walking in on and around Stormwind, before we go back to the orcs, “We are not powerful enough to defeat them” one says to the other. “We could be,” the other responds. We see the baby orc and Durotan urges his wife, “Whatever happens.” She looks concerned. Then we see the baby Thrall floating down a river.

Dominic Cooper as King Llane Wrynn says “They’re beasts, they should be destroyed. If we do not unite to fight this enemy, we shall perish.”

There’s a shot reminiscent of Braveheart where the Alliance is running from the left side of the frame, it pans right and the orcs are running, and the smash into each other in the middle. That’s followed by a shot of a guy jumping off a cliff and jumping onto a Gryphon.

Then the battle cuts to a shot at an overhead angle like you’d recognize from the video game and you are watching one of the Warcraft strategy games in real life. Cut to title.

Again, this was not an official trailer reveal for the Warcraft Movie but sounds like a well edited group of scenes to introduce the story of the movie. And it’s no surprise the trailer isn’t ready for release quite yet. Director Duncan Jones still has a few more effects left before production is complete. But the trailer is coming…

Blood was spilt for this… "Today has all been about SDCC. Now I want to let you know the trailer will finally release to ALL in November"

It seems Blizzard Entertainment fans may get a first look at the Warcraft Movie trailer during Blizzcon 2015. And if it’s done correctly, fans not attending will have access along with them.