The Aftermath of Mists of Pandaria Cinematic 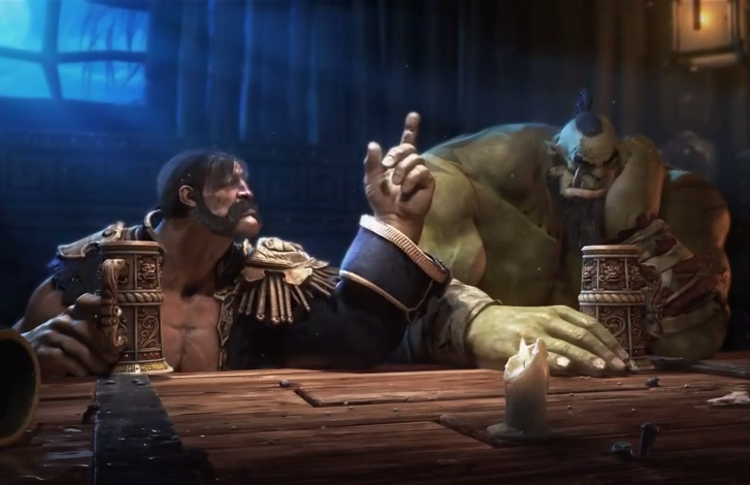 See how the heroes cope after Chen Stormstout rocked their world in a short cinematic. And find out the (possible) story behind it all!

Heroes of Azeroth were not prepared to set aside their differences in World of Warcraft: The Mists of Pandaria. Horde and Alliance forces brought carnage and war to the peaceful, yet deeply troubled, land of Pandaria.

This was depicted clearly from the opening trailer to the current Warcraft expansion. But the combat between enemies was interrupted by an unlikely character–Chen Stormstout.

Enemies joined forces against the stranger, unsure if he was friend or foe. When both of them were soundly defeated by the Pandaren, their confidence appeared clearly shattered.

When one breaks down, alcohol is the fastest way to bolster bravado. We find the heroes at a local tavern after sharing multiple cups of good Pandaren beer–reflecting back on that day.

The (Possible) Story Behind It

When I saw this brief cinematic, I instantly thought back to the trip for BlizzCon. The evening many Blizzard fans waited patiently to receive their access badges, Gamebreaker TV, Wowhead, and WoW Insider hosted a BlizzCon party at the Anabella Hotel.

Many game developers, community managers, influencers, and fans mingled over faction drinks and talked shop. Among those present was Technical Game Designer for World of Warcraft, Chadd “Celestalon” Nervig.

Many drinks were had while fans talked about class changes they were hopeful to see in the upcoming expansion. Nervig joyfully countered the ideas with the joke that with how much he has had to drink, he might remember all the feedback. 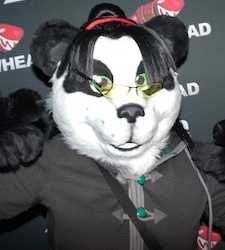 That was when a person dressed up as a female Pandaren monk walked by the area. Nervig exclaimed about having just seen a bear while others quickly agreed that clearly he was indeed too drunk now.

I personally like to think that the above cinematic was inspired by that tale during a legendary weekend.