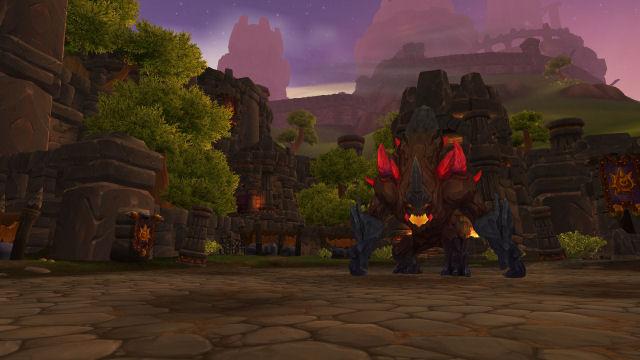 Dive deeper into Highmaul as the second wing goes live for Raid Finder.

Highmaul is on red alert after the Walled City went live last week for Raid Finder. Now the Arcane Sanctum has been breached by World of Warcraft players as the second wing is accessible. Players will be able to discover the havok being reaped after the sudden appearance of a familiar face in the first wing.

This is the perfect opportunity for returning players to experience current content for Warlords of Draenor. This tool was designed for the player who might be interested in some PvE content, unable to raid consistently, or just wants to triumphantly defeat a boss with little hassle. To gain access into Highmaul, players will need to have a gear level of 615+ to queue.

Highmaul has been broken into three bite-size wings–Walled City, Arcane Sanctum, and Imperator’s Rise. The Arcane Sanctum is has the second group of three bosses to be defeated, Tectus, Twin Ogron, and Koragh.

To learn about the individual mechanics for these bosses, the 15-Minute Guide to Highmaul Bosses Part 1 and Part 2 will be the best tutor. Only the mechanic changes strictly for Raid Finder will be covered here.

A little organization will be required against this colossal earthern fury as the very earth thrusts itself upwards to divide, adds rampage into range, and the boss quite literally cracks into pieces.

Perhaps the only real difference with Raid Finder for Tectus is the fact that the Night-Twisted Earthwarpers will not be casting Gift of Earth. Usually, this ability would require the tanks to intercept these gifts from the boss.

This doesn’t mean that the Earthwarpers are completely harmless as they can still raise Earthen Flechettes to cause considerable damage. Otherwise, marks should be tagged onto enemies based on importance to easily sweep up the dust from Tectus. 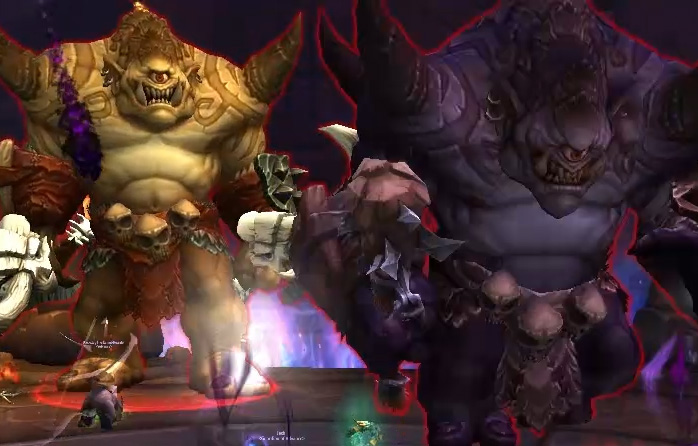 The twins are still very movement heavy as both bosses have their own unique set of abilities. Players will still want to move out of major damaging abilities such as Blaze and Shield Charge. Luckily, these two have a small difference compared to Normal/Heroic.

Blaze is noticeably less consuming on the floor. There is a little bit more maneuverability to work around each rushing flame. It’s an excellent warm-up for the fear-inducing spectacle of Normal.

Shield Charge is also missing something that is normally life-threatening: Injured. This means there will be no bleeding tick for healers to be watchful for of those who just weren’t quite fast enough.

Finally, Interrupting Shout only locks spells out for one second instead of six whole seconds. Healers won’t be scrambling and worrying about an impending wipe if they fail to stop or finish a cast before Pol shouts.

The power of the Ogres is clearly shown with Ko’ragh in the Arcane Sanctum. Players will be running out with each new Expel Magic and Suppression Field cast upon them. Being aware of positioning and what each Expel does will alleve some strain from healers who will be focused on the next change.

Instead of requiring a single player to soak the Overflowing Energy, Raid Finder allows for five players to share in the damage. This helps prevent the orb from reaching the ground and causing the entire raid to take damage.

The flaw here is that healers will have more to heal early in the encounter, but ultimately less as they gain their own Nullification Barrier and will take less damage later.

All About The Loot

The second wing in Highmaul will prove to be slightly more challening than the Walled City. It’s still possible for players to enter into the raid with very little knowledge and still complete the objectives inside. But knowing what to be aware of will make this easier later in the reset week.

And remember to always loot the defeated bosses before rolling for an extra piece. Now that loot is set up as personal loot in Raid Finder, each player will need to interact with the corpse of each boss to see their luck. Don’t waste a Seal of Tempered Fate when those epics are waiting to be grabbed.

Next week, the final wing against Imperator Mar’gok will be released. However, expect the fight to be a long one even with a single boss.