The Iron Tide Crashes Into Warcraft in Patch 6.0.2 with Major Changes to Mechanics 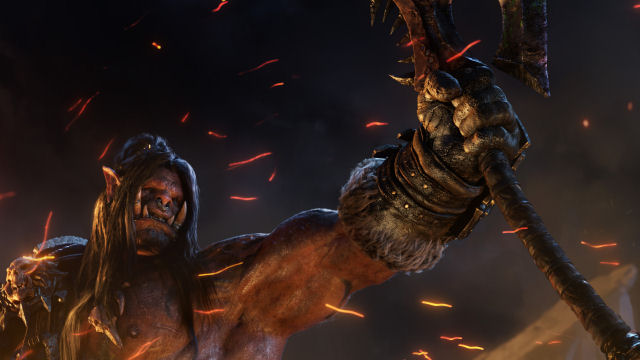 The Iron Horde Incursion comes to World of Warcraft in Patch 6.0.2!

Heroes of Azeroth are preparing for battle as Warlords of Draenor‘s launch draws closer. And now pre-patch 6.0.2: The Iron Tide will come pouring out of the Dark Portal. Not only does this patch include limited time content, but the upcoming changes for the next expansion.

The Dark Portal in the Blasted Lands has turned blood red. Hundreds of strange-looking orcs are violently pouring into Azeroth, killing everything that stands in their path. Nethergarde and Okril’lon have already fallen, and while the Horde and the Alliance moved as quickly as they could to get reinforcements to their people, they are too late. The Iron Horde invasion has begun.

In this desperate hour, King Wrynn and Warchief Vol’jin have called upon their greatest champions to join the front lines in the Blasted Lands and do whatever they can to stop the Iron Horde . . . before the rest of Azeroth falls before them.

World of Warcraft players will be facing off against an enemy from 30 years ago. But this time, that enemy is better equipped due to the Stranger providing counter-strategies and weaponry. Heroes from both factions will have to make the ultimate sacrifice to stop the flood of orcs from claiming all of Azeroth.

An advance party of Iron Horde forces has barged right out of the Blasted Lands and pushed all the way to Blackrock Mountain, where they found refuge and supplies in Upper Blackrock Spire. There can be only one response: the Alliance and the Horde of Azeroth must face this iron incursion head on.

For a limited time, the new Upper Blackrock Spire will be available to level 90 players. UBRS is once again the converging point for the orcs. A party of five-players will have to venture into the depths of the mountain to face-off against new enemies.

Like previous pre-patches before expansions, 6.0.2 will have upcoming changes. The stat squish will take affect, the removal of Hit and Expertise, the introduction of new secondary stats, and balance to primary stats. Both tanks and healers will have major changes to their mechanics.

Several quality of life changes will be coming to the game as well such as the toy box, bag sorting and clean up, reagent bank, and more void storage. Bag space has certainly been an issue for Warcraft players with each expansion hasn’t simply been solved by bigger bags.

The Group Finder tool will no longer be split between PvE and PvP content. Even pre-made groups can be created with the new Group Finder.

And finally new character models! All the races from World of Warcraft will have updated models. These races include Human, Orc, Night Elf, Tauren, Undead, Dwarf, Gnome, Troll, and Draenei–Blood Elf is still pending for a later patch.