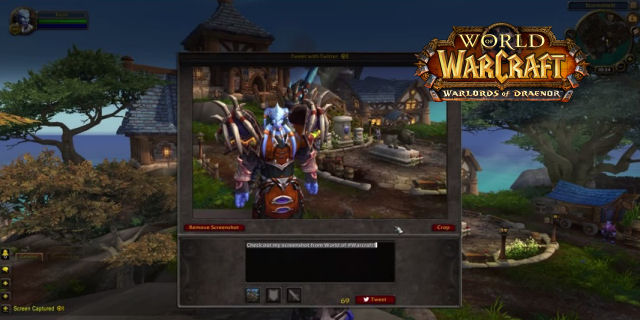 One of the biggest features is coming to World of Warcraft Patch 6.1. Send out tweets without ever needing to Alt-Tab again! Players will be able to share their accomplishments directly to their Twitter feed with the new UI.

On the other hand, players will not be required to connect their Twitter accounts (if they have one). This feature is completely optional! Simply leave the “Enable Twitter Functionality” unchecked and go about in-game adventures! 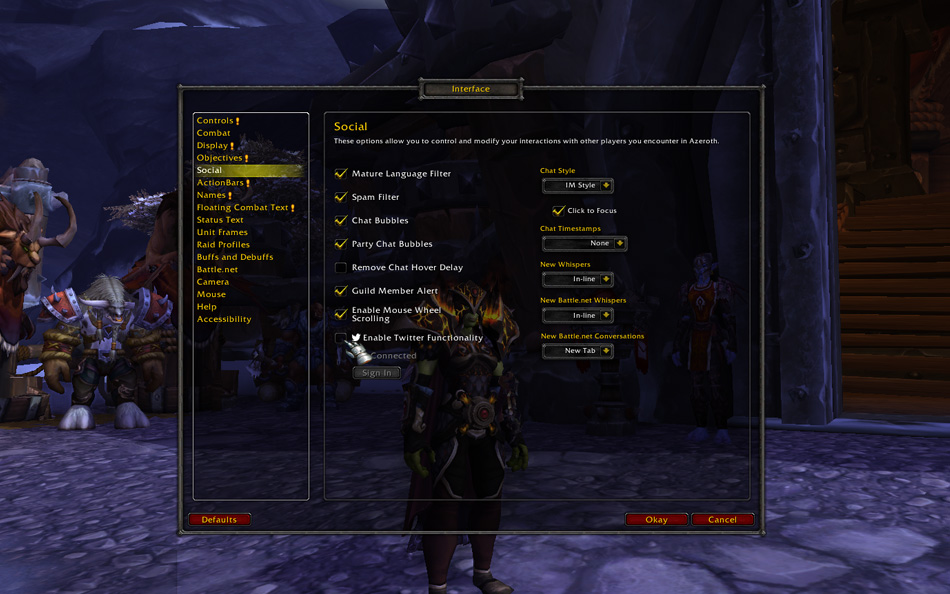 The first step is to have a Twitter account already activated! Signing up on the Twitter site is quick and painless. Then go to the Social section in the Warcraft Interface options. Check “Enable Twitter Functionality”, and then click on the Sign In button. This will cause an Application (app) Approval window to appear for Authorization.

After authenticating the app, players will be allowed to send out text-tweets, screenshots, S.E.L.F.I.E.s, and achievements. This can be initiated by typing /share into chat or clicking the small share icon (

) that will appear in the chat window next to the achievement and item drop notifications. Or players can add an achievement or item directly to a tweet while the Twitter UI is open by shift + clicking them. 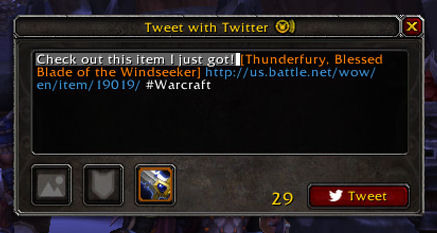 The first game to actually have in-game Tweeting was Trion’s Rift in early 2011. It allowed players to share quest progression and get help with challenging dungeons, but it came with a major flaw. SPAM. The Twitter system came with an automated option. That meant the #Rift hashtag was filled with automatically-generated achievement spam, but was quickly corrected with #Riftfeed hashtag. 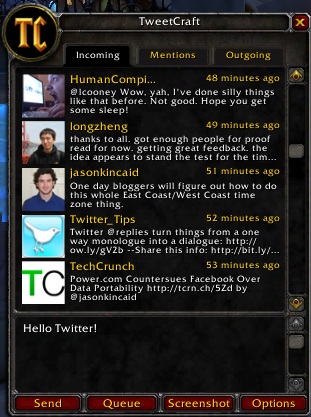 And World of Warcraft isn’t unfamiliar with Twitter being in-game. Around the time that Twitter began to grow in popularity during 2009, an add-on was created to bring Twitter in-game. TweetCraft allowed players to send and receive tweets without ever leaving the game. It even had an automatic system to share achievements and screenshots through TwitPic.

While this feature may not be for everyone, it will be more convenient for those active on Twitter.