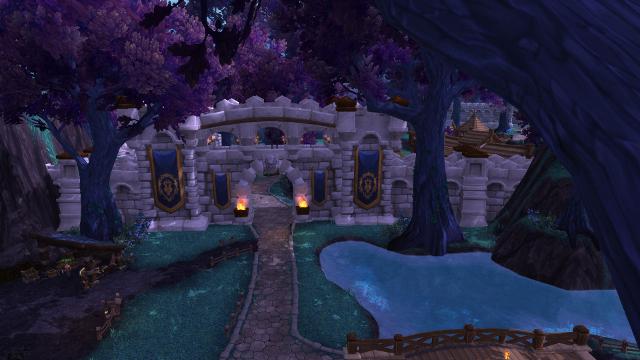 Of all the exciting improvements coming to World of Warcraft: Warlords of Draenor, the Garrison is included to receive some minor tweaks in Patch 6.1. But there are also huge changes and additions coming with the next PTR.

Blizzard Entertainment is working on improving visiting a friends’ Garrison and making it more rewarding. Currently, players can aid one another with invasions, but the one being invaded often gets the better reward.

Eventually, players will be able to participate in random tasks set up by a daily visitor. These tasks will have their own rewards, achievements, and meta-achievements for completion.

And players will also finally have more ways to spend their Garrison resources on new items. These new items could include new items to improve followers in either power or appearance.

A new tier of Garrison invasions will prove a bit more difficult for those experienced defenders. But players might want to bring a whole raid team to defend against a World Boss.

Many are already hoping for ways to change Garrison followers’ appearance with unique transmog. Right now as followers level up from Uncommon to Epic, it appears that most share common weapons based on their class and spec.

Having the option for Legendary weapons would give a unique look for all the followers players have throughout their Garrisons. Not to mention any added power having such weapons would bring for Missions. But it would be one way to differentiate each follower from the sea of duplicates.

There is more in store for Garrisons for future content. More information will come out in the New Year.