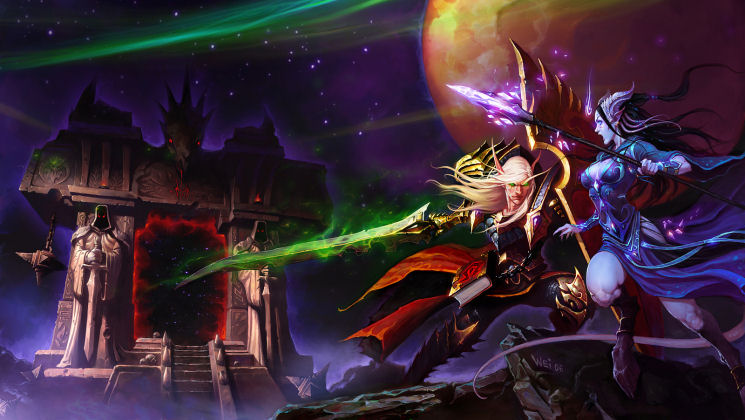 Connect Realms have been rolling out as smoothly as expect for the North American Warcraft region so far. Finally, the European region gets connected.

Yes, today the first round of European World of Warcraft servers have been connected. After some pretty extensive data gathering from the North American connections, four sets of servers are part the first Connected Realms for EU.

While EU – Burning Steppes and Kor’gall will require additional time to be completed, the next round of Connected Realms has already been revealed.

As you can see, the continuing trend of connecting realms to other Connected Realms is happening for EU as well. Clearly, the first concern for Connected Realms will be to bolster the population to a stable number of possibly around 150,000 characters.

Now the European region is vastly different the North American as far as balance go. I did my research for both EU and NA for GAMEBREAKER Nation. And while NA says that their servers are terribly imbalanced, they are nothing compared to EU server balance.

The servers I looked through either swung to one faction or another. There weren’t any almost balanced servers at all. And it made choosing a server very difficult. But I don’t want to bore you with those details.

The Warcraft team is aware of these concerns for servers. But right now, the primary focus for Connected Realms is to target low populated servers. Community Manager Vaneras went into further detail on the forums.

The primary purpose of the connected realms feature is indeed to improve the situation on low population realms, to reinvigorate said realms. Currently that means that some of the highest population realms will not be connected with other realms, but it is a possibility that this may change in the future.

We are very much aware that we have some high population realms that have a less than optimal faction balance, but the situation on those particular realms is a harder one to resolve exactly because the population is already at(or close to) capacity there. The Connected Realms technology implemented with the latest patch will allow us to do some great things to improve the population on many realms, but there are still technical limitations on how high a population the system can manage, and this means that it is very hard to improve things like faction balance on realms that have a very high population. Perhaps we will be able to expand or evolve the connected realms technology in the future so that it can help improve faction balance on all realms, but although this is something we can look into for sure, it is not certain that this will be possible.

Saying this doesn’t mean that we are just going to ignore the situation on those high population realms, it just means that it may be a while longer before we have a proper solution that can resolve that particular issue… it is not an option to make players change faction or transfer to another realm against their will, and that means a proper solution will have to be one that doesn’t involve forcing people.

Once realms have been connected and the populations on currently low and medium realms are healthy again, then perhaps things like FCMs from current very high population realms to the connected realms will become more attractive. (Source)

Perhaps the main reason why balance is such an issue is because it varies between the different server types. For example, PvE servers tend to be more Alliance heavy while PvP servers lean towards the Horde. The team can’t connect these two types together to even out the balance.

That leaves the only solution of Free-Character-Moves. If they limit it to faction, maybe they could work out the balance issue, but at this point, Connected Realms can’t do much for imbalance, high population servers.