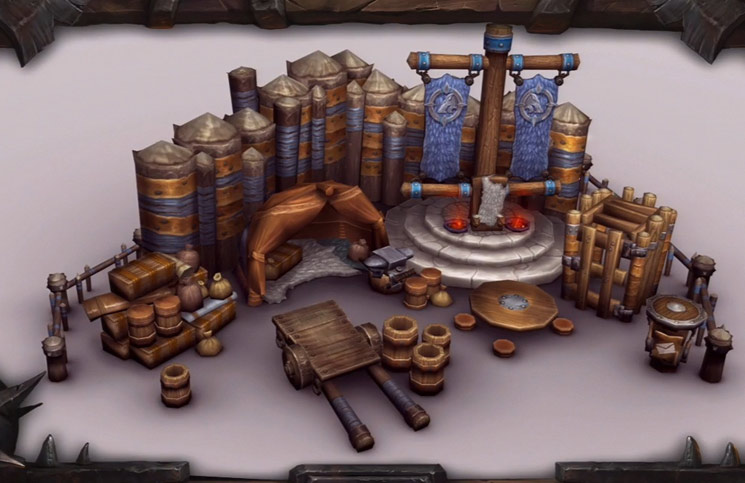 More information about World of Warcraft garrisons is coming soon!

Players are anxiously awaiting more information about World of Warcraft: Warlords of Draenor. Twitter periodically provides a teaser, such as the following information.

.@RyanMcAtee Garrisons have their own resource, more on this soon!

However, due to Twitter’s character limit, it leaves players with more questions than answers. Garrisons having their own resource was minutely discussed at BlizzCon but was overshadowed by spending in-game gold for upgrades.

This tweet neither confirms or denies that gold will not be a used resource when arming players’ garrisons. There has been plenty of gold in circulation from mobile armory hacks and gold duping. Earning gold will be at an all time high with the next expansion unless treated to the same number squish as gear.

Do you feel garrisons should only rely on their own currency and resources and not in-game gold?