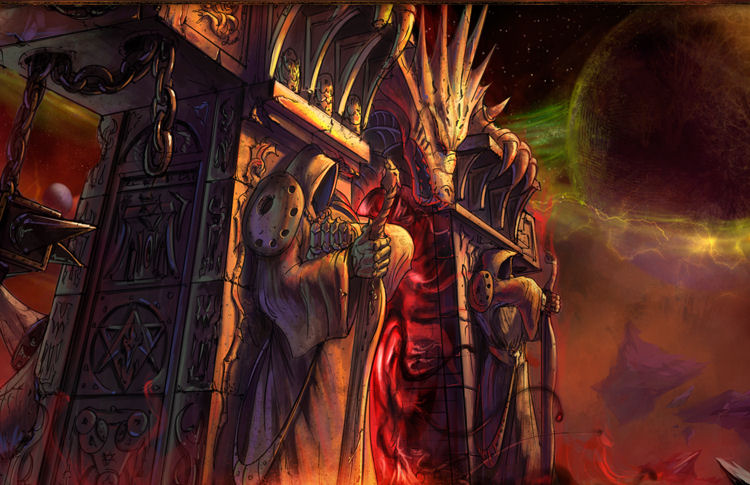 San Diego Comic-Con gets another exclusive teaser to the Warcraft movie!

The Legendary Panel at San Diego Comic-Con 2014 has concluded and con-goers are reporting on what they saw for the Warcraft movie today. The logo was already revealed at the beginning of the convention, but the full animation gives a more in-depth teaser to just what the Warcraft movie will mean to viewers.

And those who were present at the panel got to see yet another teaser! Director Duncan Jones stepped onto the stage once more to share in the excitement of the World of Warcraft fandom and the anticipation for the movie. The movie is still slated to release in 2016 and filming already wrapped up just a few months ago.

Final day on Warcraft now officially… wrapped!! Off to bed for 3 hours before a meeting in the AM. Goodnight/good morning twitter!

That being said, there is still a lot of production left to do for the film such as the computer graphics, editing the film flow, and eventually the final production. But that didn’t stop Jones from delivering some impressive sneak-peek footage.

We start with a room full of Alliance weapons. Swords, shields and more. “I’ve spent more time protecting my king than my own son,” a character says in voiceover. Lots of men in Armor and some banners. “Does that make me loyal or a fool?” These are the Alliance humans. We cut to a green sky. Now we see the Horde orcs. They looked like if Shrek was real, but much scarier and realistic. Lord of the Rings quality. “I’ve lead thousands of warriors into battle. Does that make me a leader or a coward” The trailer then cuts between scenes of men preparing for battle, the orcs preparing for battle, and the two main voices echoing their similar philosophies. The orc home is an epic mountain space. Then the question, “Is war the only answer?” And then it begins. Battles. Flying. Swords. Hammers. An alliance griffin diving down into a battle. A man jumps on the back of the orc and stabs him in the chest. Then the logo above. (Source)

Lord of the Rings meets Avatar

What is perhaps the most challenging part of the Warcraft movie, according to Jones, is process. “[…] the greatest technical challenge has been doing the set building and world building of a Lord of the Rings with the technology of an Avatar.” (Source)

And based on a few reviews so far, it has hit that mark even if a few more items need a bit more polish, but it is a preview! With an epic fight scene, the stark differences between Draenor and Azeroth scenery, and the scary appearance of the orcs, both Warcraft fans and non-fans alike enjoyed what Legendary Productions had to deliver.