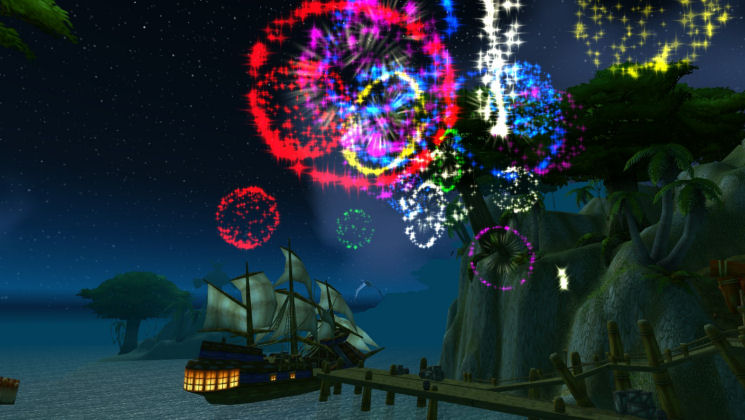 Many unobtainable vanity pets in World of Warcraft returns with Recruit-A-Friend!

The development team for World of Warcraft have been working hard since their statement last week on changes to Recruit-A-Friend. Currently, the RAF program is suspended while they give it a completely new look. And boy, have they been working hard.

I popped on over to Warcraft‘s PTR to try to see the shiny new UI interface change that will actually be available in-game! No more alt-tabbing and trying to find this feature on Blizzard’s website. Now, you can just open up the social window (default hotkey O) and there’s a new button next to the scroll of resurrection.

Blizzard is definitely doing everything they can to keep you logged into the game and the RAF UI changes is following that suit. You’ll be able to simply click the hand shake icon to open another window. 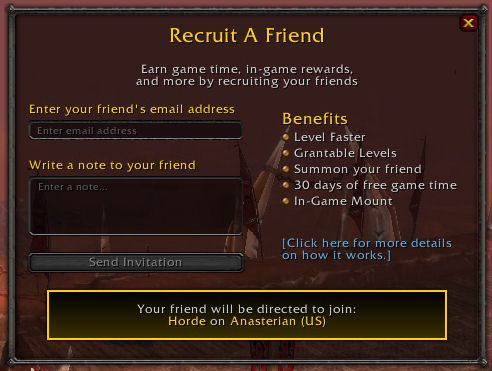 But a mount isn’t the only reward you will be able to choose from once these changes go live. Several unobtainable vanity pets have been marked for RAF rewards.

The former two vanity pets were only available for Chinese players during 2008 New Year’s Celebration. The Jade Tiger was a gift to Chinese players who had been offline for several months while the Zipao Tiger was a Taiwanese server promotion pet. These additions will definitely make the pet collectors outside of these regions happy.