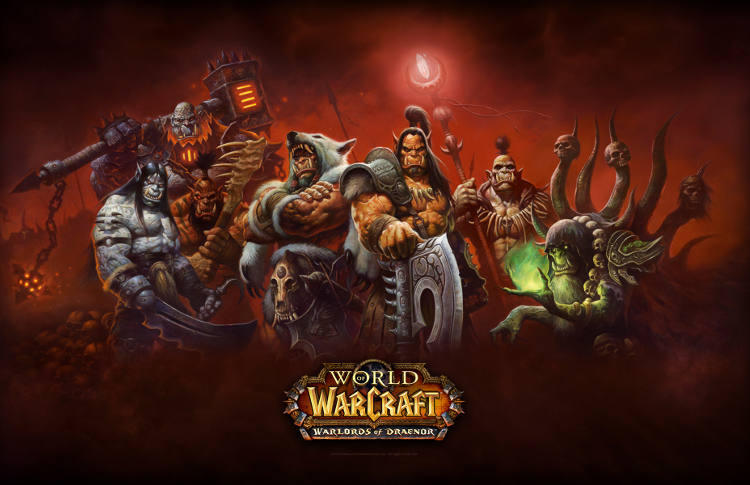 The Iron Horde incursion is coming to World of Warcraft during the Warlords of Draenor pre-launch event!

The drums of war are beating in the distance for World of Warcraft as the latest expansion launch date was finally announced. Heroes, it is time to prepare for battle against the Iron Horde in Warlords of Draenor. And that means the pre-patch is fast approaching!

Like previous pre-launch patches before it, the Iron Horde Incursion will be a time of change for Warcraft players to adapt and adjust. All class changes will be implemented with Patch 6.0 including skills, abilities, and talents.The stat squish and adjustment to crowd control diminishing returns will take affect along with the launch of the new raid size system–introducing the new 20-player Mythic difficulty for Siege of Orgrimmar. Also, Challenge Modes will disappear with 6.0, so now is the time to get those mounts!

The Dark Portal in the Blasted Lands has turned blood red. Hundreds of strange-looking orcs are violently pouring into Azeroth, killing everything that stands in their path. Nethergarde and Okril’lon have already fallen, and while the Horde and the Alliance moved as quickly as they could to get reinforcements to their people, they are too late. The Iron Horde invasion has begun.

In this desperate hour, King Wrynn and Warchief Vol’jin have called upon their greatest champions to join the front lines in the Blasted Lands and do whatever they can to stop the Iron Horde . . . before the rest of Azeroth falls before them.

This all sounds very familiar except that now Warcraft players are 30 years after the First War. Both factions have outposts to report anything strange and the color change for the Dark Portal definitely falls into that category. Only, this force is better equipped, have counter-strategies for both Horde and Alliance, and the very best–the players–will have to be called into action.

An advance party of Iron Horde forces has barged right out of the Blasted Lands and pushed all the way to Blackrock Mountain, where they found refuge and supplies in Upper Blackrock Spire. There can be only one response: the Alliance and the Horde of Azeroth must face this iron incursion head on.

As stated in the Warlords of Draenor Premiere event, Upper Blackrock Spire will finally be updated for the new expansion. Dark Horde Warchief Rend has been dead for many years, but players were still defeating him even after the Cataclysm. I guess the old dog didn’t want to go down easy.

But now, there is a new owner of the place. For a limited time during the pre-launch event, Warcraft players will have a preview of the new Upper Blackrock Spire to face off against an advance party from the Iron Horde. This heroic dungeon will be set for level-90 for players and here, they will face Orebender Gor’ashan, Kyrak, and Commander Tharbek.

The war on Draenor is coming. Are you prepared?