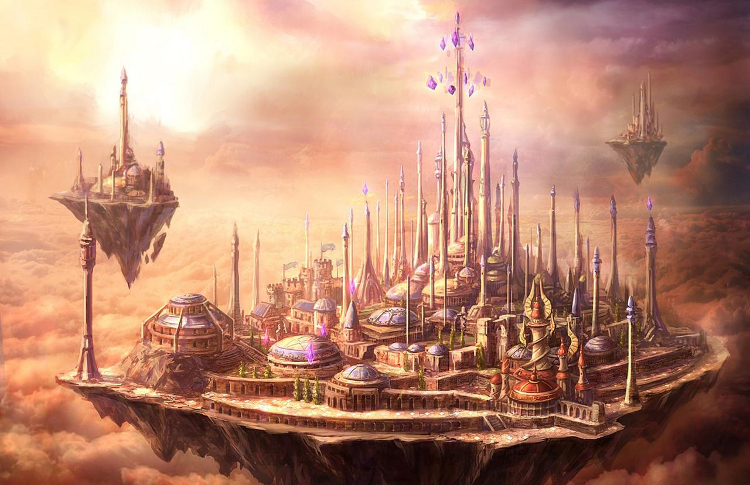 Players are freaking out over faction hubs being moved from Karabor and Bladespire, but find out why they just won’t work in Warlords of Draenor!

Back during BlizzCon, World of Warcraft players were informed that their faction capitals would be located across Draenor from each other. The Horde would be respectfully located at Bladespire, Frostfire Ridge and the Alliance would be at the Temple of Karabor (Black Temple), Shadowmoon Valley.

@Vigilate_MW Nope, the faction hubs for Alliance and Horde will be on the outskirts of Ashran.

The faction capital seem to have been moved from safe locations to the edge of the danger zone: Ashran. Ashran will be the new “open world” PvP area similar to Tol Barad and Wintergrasp, but reminiscent of the never-ending Alterac Valley campaigns. It is a massive island with two smaller islands connected by bridges where the Warspear (Horde) and the Stormshield (Alliance) will contest in the middle.

Fear not! Players won’t be forced into PvP with this new placement. The current word is that portals to all cities will be available at their respectful mini islands which are outside of the PvP battleground.

Word on the Forums

To clear up anymore confusions that had arisen by Stockton’s tweet, Community Manager Lore posted on the official forums in response to players. He explained that Warlords of Draenor story is about the people of Azeroth and their conflict with the Iron Horde. The denizens who oppose Garrosh Hellscream and the Iron Horde are few in numbers and are allying with the Horde and Alliance, not the other way around.

That, along with the continued development of Garrisons into the overall quest and story flow of the expansion, led us to the decision to develop the Horde and Alliance bases on Ashran into the major faction hubs instead of Bladespire and Karabor. Promoting the world PvP area on Ashran is a nice perk, but it wasn’t a factor in making that decision.

[…] As to the Alliance and Horde staging areas on Ashran, allow me to lay out a few key facts to hopefully allay some concerns:

When I had first heard about where the faction capitals would be located, I got a bit apprehensive. The idea of having the Alliance capital at the Temple of Karabor did not sit well with me. Players had already gone inside the desecrated Temple of Karabor when it was better known as The Black Temple during The Burning Crusade. And that area as a raid was already massive!

It’s quite possible that the Temple of Karabor would be more open than during its raid days and some areas might be shut off from players. But it’s a temple, not really a capital. And when I think of Outlands or Draenor, I think of a central capital where both Horde and Alliance have their respectful areas. Dalaran to this day remains my favorite sanctuary from The Wrath of the Lich King, so why not Shattrath City?

Why Not Shattrath City?

After Draenor blew apart and the Dark Portal was reconnected for The Burning Crusade, players gathered in the ruined sea-side city of Shattrath. Both Scryer and Aldor had their respectful loft areas in the broken city walls and before the Cataclysm, the Horde portals were located on one side of the central building and the Alliance opposite.

Players would then be allowed within the city walls during the peak of its time. It would be nestled next to a glistening sea as the port it once was. Factions would claim parts of the higher reaches for themselves with access back to Azeroth. But it is securely in the hands of the draenei and it would, again, be up to the people of Draenor to supply bustling NPCs and “power” back home–and we are consider powerful by those we’ve helped.

Remember, players are in a fickle position in Warlords of Draenor. Not only are we from another planet entirely, but a completely different timeline that isn’t even connected. That means that the way back home needs to not only be done by a very powerful mage, but by someone of our own time.

Khadgar, Medivh’s former apprentice, has been retired and wasting a lot of his usability in Outlands after the conclusion of The Burning Crusade for three expansions. I consider him among one of the top mages of Azeroth. Aside from his strong association with Draenor and The First War, it makes some sense for him to join in the expedition.

He has no allegiance with either faction from what we saw during The Burning Crusade. And he is powerful enough to create a portal between time and space–a tall task for anyone even briefly. This is a power players would typically see from the former Bronze Flight.

Bronze Flight, Where You At?

For having one of their own betray the proper order of time, the Bronze Flight haven’t made that much of an appearance so far in beta. If there was one group of powerful creatures to aid players in the alternate-past, it would be them. But again, there has been no hide or scale of any from the Timekeepers.

Do you think Blizzard should have kept the capitals where they “promised” them to be? Do you like their new, future location, or do you think capitals/portals should be kept else where?