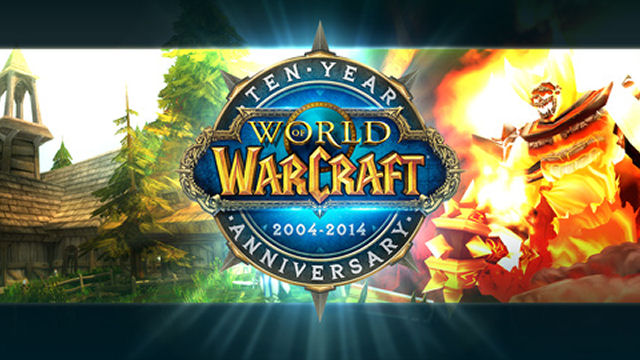 A minor scheduling error results in the World of Warcraft 10th Anniversary to be Extended!

The World of Warcraft 10th Anniversary ended sooner than the announcement last month had stated. Many noticed the difference on the calendar in-game, seeing that it was slated to end on the 5th at 10:00am PST. Originally, the Anniversary was scheduled to end January 6th, 2015. One whole day was lost for those still completing the event or returning for a chance at rare prestige.

If there is one thing that Blizzard Entertainment does well, it is attempting to make amends for errors on their side. Community Manager Micah “Bashiok” Whipple stated on the forums:

The WoW Anniversary event ended a bit earlier than intended, so to make up for that lost time and any inconvenience we’re going to be re-enabling it for an additional week. The event–including the level 100 Molten Core raid–will be available again from January 6 at 10:00 a.m. PST until January 13 at 10:00 a.m. PST, for North American realms. You can see the updated event dates and times in the in-game calendar.

Look for this and other hotfixes in the 6.0.3 Hotfixes blog as it’s updated.

Players will have a week’s worth of chances to push back the enemy at the “original Open World PvP battleground” or to test their RNG luck for Hatespark the Tiny battlepet from the raid. Remember that to be able to queue into Molten Core players will need an item level of 615.

Thank you, World of Warcraft, for 10 amazing years of adventure and the extension of the celebration!