World of Warcraft | And World First Goes To… 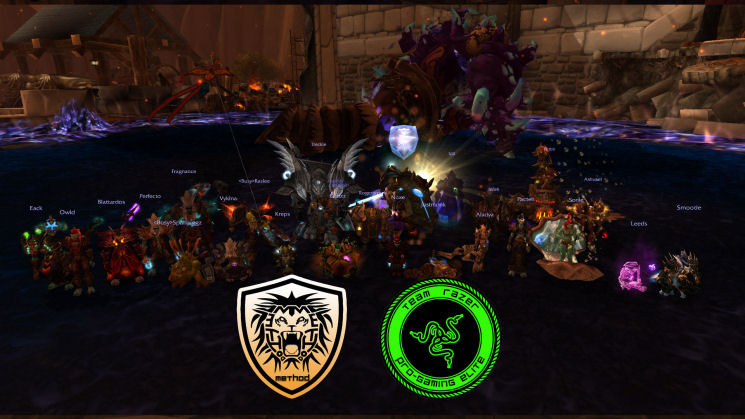 The race to World First has finally reached its end for World of Warcraft: Mists of Pandaria.

It’s been almost three weeks since Orgrimmar began to be under siege in World of Warcraft: Mists of Pandaria. The top end raiders have been going head to head against Garrosh Hellscream’s amassed army and arsenal. Only thirteen days since heroic mode was unlocked and we were concerned the race would be over before it really started.

The US’s Blood Legion had conquered 10/14 bosses inside the walls of Orgrimmar after just 11 hours of raiding. But the gap between EU patch was quickly closed by EU’s Method following suit hitting 9/14 after just 7 hours and then 10th after 12 hours! Bringing the return of the familiar rivalry of Blood Legion versus Method.

Now, what some forgot about was the brief time in patch 5.4 between scheduled raid testing periods, crafty raiders were able to circumvent the lock down. We don’t know which bleeding-edge team it was or how far they got, but this could account for the quick boss kill succession or Blizzard’s attempt to have boss difficulty increase the farther into the raid you went.

On the Edge of a Knife

Although Method was in the lead of defeating the Paragons three days before Blood Legion, the race still teetered on the edge of a knife to see who could use the most clever of mechanics to bring down Garrosh and end his tyranny. And the winner for World First 25-man Heroic of Siege of Orgrimmar was revealed tonight.

Huge congratulations for the conquering heroes who have earned well-deserved rest after their winning celebration. They even managed to claim the victory before Paragon completed 10-man Heroic Siege of Orgrimmar. With earning World First Ra-Den and now Garrosh, Method appears to have earned the top spot for Mists of Pandaria.