World of Warcraft | Connected Realms Round 2 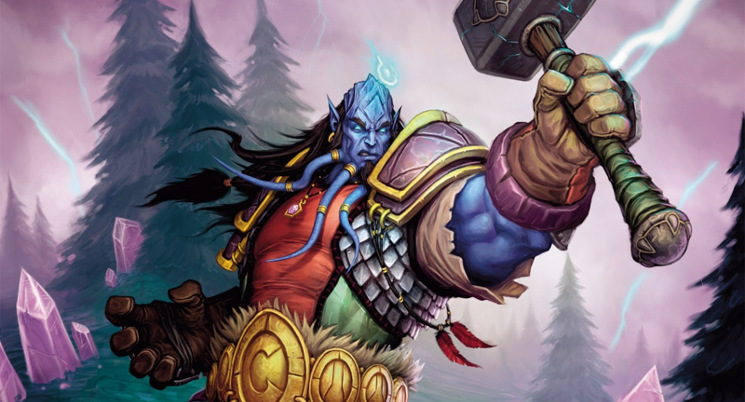 Blizzard Entertainment has always struggled with having all servers feeling populated. A happy, populated realm usually has plenty of “Looking for Group” in trade chat, materials at a decent (depending) price on the Auction House, and a bustling looking capital.

But over time, player population shifts happen as they try to play with friends, find a new guild, want Heroic boss kills, or competitive PvP in the pursuit for just the right fit to call home. This has left some servers less than popular creating difficulties to guild recruit, find items on the Auction House, and just in-game enjoyment experience.

The Warcraft team expanded on the idea of cross-realm technology from cross realm zones to bring Connected Realms. Though this could technically still constitute as a server merge, players technically aren’t changing servers as theirs is taken off the list. I feel this was a smart way to avoid the stigma often associated with server merges.

In case you missed it, last month two lucky realms, Boulderfist and Bloodscalp, were connected in Warcraft. Most already have concerns that Blizzard might be going too slow to really help the servers that seem to be truly dying. And with the next announced servers for Black Dragonflight and Skullcrusher a month later, it would validate their concerns.

So why is Blizzard only connecting two servers first before the ones that really need help? It appears they are testing limitations for this newly improved technology.

The Connected Realms technology implemented with the latest patch will allow us to do some great things to improve the population on many realms, but there are still technical limitations on how high a population the system can manage […] 1

With the first two connected, they were able to see what issues might arise with the implementation. Some have reported that the currently connected realms have been thriving–not to mention players won’t have to pay for server transfers when the server goes through it’s “death throes”.

But most are upset that the servers that could benefit the most from World of Warcraft Connected Realms aren’t first in line. Now, take a step back and look at it from a big picture perspective. Blizzard is testing limitations. The issue with the lower population servers is the fact that they fluctuate between being low pop and “new player” servers. I’m guesstimating that the population goal seems to range from 100,000 – 150,000 characters or more for Connected Realms.

Sadly, high population servers will just have to wait. The Warcraft team is in no way ignoring the situation over on high population realms, they just want to get the medium to low population servers at a healthy point first. While there’s nothing more frustrating than being on a PvP realm where the Horde ratio is higher than Alliance and being trounced in Open World PvP, the technology limitations are the root of the problem.

Perhaps we will be able to expand or evolve the connected realms technology in the future so that it can help improve faction balance on all realms, but although this is something we can look into for sure, it is not certain that this will be possible. 2

Balance issues are perceptible the most for PvP realms because of Open World PvP. When I was researching for servers for GAMEBREAKER NATION, the possibility of finding an almost balanced server was a huge issue for European more than North American regions (and they ruined all that hard work with Free Character Moves).

But this might explain why Blizzard is working on PvP servers first, though it seems they are just building the already existing Horde heavy servers more by connecting the ones they have. Even Black Dragonflight and Skullcrushers show to be more Horde influenced at max level much like Boulderfist and Bloodscalp. Hopefully, the team can figure out how to help with PvP balance, but it doesn’t look too promising.

Will you be affected by the next round with Black Dragonflight and Skullcrushers? Let me know how World of Warcraft Connected Realms have worked for you in the comments below.