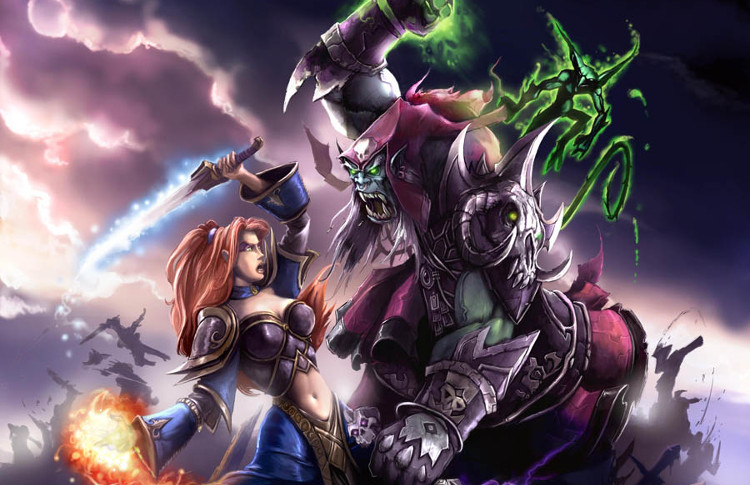 Stat changes are coming to Warlords of Draenor. Find out which in the latest Dev Watercooler.

The Dev Watercooler–Stat Updates for Warlords of Draenor has several changes to the stats that were discussed at BlizzCon. It mostly focuses on the secondary stats, the old and the new. Check out the full Patch Notes for primary stats, stat removals, and new changes.

Players were in for a shock when several secondary stats were marked as being GONE for Warlords of Draenor during the Gameplay, Raids, and PvE panel. The existing stats Dodge, Expertise, Hit, and Parry are being removed. Players were required to hit a certain percentage to be able to make a successful strike or survive against monsters, creatures, and bosses in-game. However, Dodge and Parry are not exactly getting removed from the game but will be changed over to Bonus Armor.

The other existing stats (Crit, Mastery, Haste, and Spirit) will remain, but some are having minor adjustments–such as Spirit. It will be made to be more appealing to Healers and only present in ring, neck, back, and trinkets.

To replace the removed stats, new, more appealing ones will be added to the game for more dynamic play. These new stats are Multistrike, Bonus Armor (replacing Dodge and Parry), Amplify, Readiness, Versatility.

A new stat in Warlords of Draenor, Multistrike grants your spells, abilities, and auto-attacks additional chances to activate. If you’ve been following along since BlizzCon, you may remember that in our early plans, your Multistrike chance would split between two rolls and effectively have a 200% cap. We’ve since changed that to make it more clear and intuitive: the full chance is given to both rolls, with a 100% cap.

Think of Multistrike like Elemental Shaman’s Mastery: Elemental Overload. This passive spell basically sends a second of the spell that procs its ability. This stat would act similarly for all classes.

For example, if you have 55% Multistrike and cast a Fireball that does 1000–1100 damage, you’ll have two separate 55% chances to automatically follow with another smaller Fireball that does 300–330 damage. That means every time you cast Fireball, you have a chance to see one big-damage Fireball, and then two smaller-damage Fireballs leave your hands in quick succession.

Bonus Armor was once a desired stat in Warcraft‘s history and so it is making its return back into the game. As stated, this stat will be replacing Dodge and Parry for those who choose the role as Tank. But just like the Healer’s desired stat of Spirit, Bonus Armor will be only available on rings, necks, back, and trinkets. It is possible that this stat will be tuned liked Spirit as well.

We tried out Amplify on trinkets in Siege of Orgrimmar, and at BlizzCon we announced that it’d be a stat in Warlords of Draenor. The intent of Amplify was to multiply the effects of your other secondary stats. However, as we continued development, we found that Amplify had some design problems. In particular, we determined that it would quickly become the absolute best stat for everyone. On top of that, even if we were to apply heavy diminishing returns, the stat still wouldn’t have an interesting effect on your gameplay. For those reasons, it’s no longer going to be a stat in Warlords of Draenor.

This was another stat that was tested with trinkets in the Siege of Orgrimmar. At first, this stat looked solid and cooldown reduction was a great concept. But there were some balance issues.

Readiness works great in small quantities on the scale of a trinket or two, like in Siege of Orgrimmar. However, when we expand that to a point where you could potentially have Readiness on all of your character’s gear, problems arise.

With how Readiness is designed, it made this stat a more desired one compared to already existing ones. Many different versions of Readiness have been tested, but since there are none that felt good, the stat idea of Readiness will be shelved as a common secondary stat. Again, this stat worked well in smaller quantities, so it may still appear on trinkets.

Versatility is pretty simple: 1% Versatility grants a 1% increase to your damage, healing, and absorbs, and reduces the damage you take by 0.5%. It’s a straightforward, obvious upgrade to your primary role’s performance, but also gives significant boosts to secondary role performance and survivability.

The healing ability for Versatility will work with self-heals, such as Recuperate, but won’t be tuned like other desired secondary stats (Spirit and Bonus Armor). This stat will be an appealing stat for those who play hybrid classes.

Gear in Warlords of Draenor will have a chance to have minor stats. They will provide a small bonus to your character–thus why they are called “minor stats”. These bonuses will be completely random.

This stat was used by a few class pets. It will reduce damage players take from Area-of-Effect (AoE) damage. This will hopefully soften the blow but not to the point that standing in the fire gives raiders a buff.

This stat was called Sturdiness at BlizzCon but has since undergone a name change and effect change. Sturdiness’s original effect was to reduce the durability damage taken by a small amount across the whole character. Indestructible now takes that effect and only applies to the the item that has that stat.

This is another stat that has since been renamed and redesigned after BlizzCon. Originally, it would grant a small percentage of self-healing, but has a special addition for Healers. It will also increase healing done by the player.

We announced Cleave as a minor stat at BlizzCon, but have since run into some problems with it. Most importantly, it was of situational value to DPS classes,always valuable to healers, and had very little value to tanks. As a result, we were concerned it would cause items that would otherwise be equally appropriate for a healer and a DPS class to be viewed as “healer gear,” which isn’t our intent. We’ve shelved it for now, though we have some ideas about how it might show up occasionally in specific cases.

All of these stats are still subject to change as testing continues for Warlords of Draenor Alpha and Beta phases. The team will be keeping an eye on these changes and looks forward to constructive feedback from the players.