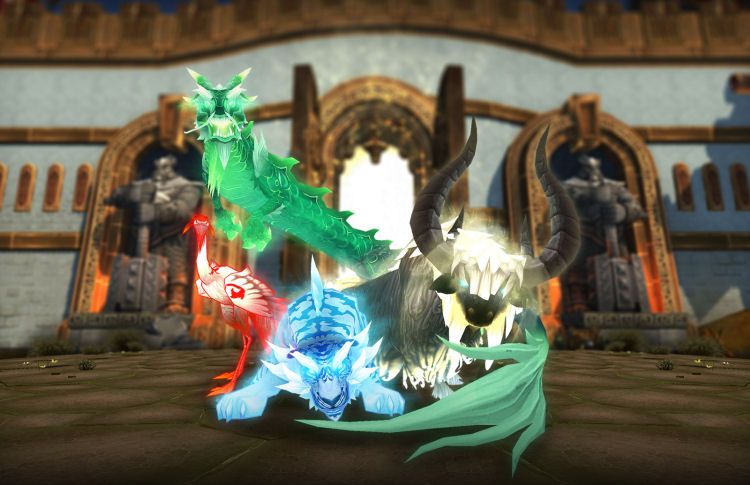 The hippogryph is back at World of Warcraft and pecking away at the latest hotfixes for Patch 5.4.7! These hotfixes are updated instantaneously into your game client without requiring a patch download. But there are some very important and exciting changes for players.

All world bosses in Mists of Pandaria are no longer tap-to-faction. Players from both factions that engage the world boss at the same time are now eligible for loot.

This has been particularly frustrating since each realm has a different faction balance and players would snooze or lose if they didn’t get the Celestial the day of weekly reset. Though I’m a little concerned on how this will play out for those on PvP servers–it might end up as a blood bath for the World Boss.

Each World of Warcraft account can now create a maximum of 10 instances per hour (up from 5).

Plenty of Warcraft players have endured the instance cap at some point in their game life either trying for BiS (Best in Slot) gear, transmogrification gear, or mount dropping bosses (curse you, Stratholme). The cap of 5 has been increased to 10 instances per hour, meaning you can hop in the same dungeon twice the amount before you have to find “something better to do.”

These changes are definitely great quality of life changes for the soon-to-be-ten-year-old-game. Now if only the mount drop rates would magically go up for me.