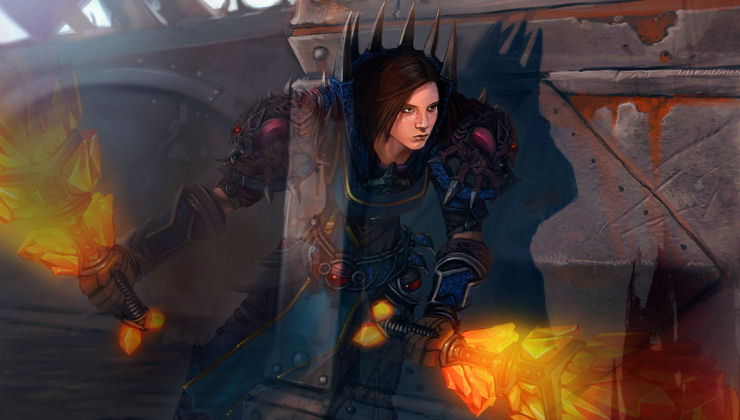 PvP Season 14 has begun in World of Warcraft! Let’s get ready to rumble!

That’s right, it is time to get back into the ring as World of Warcraft‘s PvP Season has started. Most of the hardened PvPers are already aware, but for those who have missed it, the season started Tuesday. There are also some changes that came along with the most recent patch.

Before patch 5.4, the competition was limited within your Battlegroup. That meant you would sometimes see the same players and teams on the field. Also, your ability to participate in Arenas required having a team with friends who were on the same realm. Even your Personal Rating with Arenas required you to remain with that same team throughout the season or it would reset.

The first thing you’ll notice is that you will no longer need to join or create an Arena team to compete. Now, the queuing will work similarly to Rated Battlegrounds, meaning you can queue for an Arena battle in a party of the appropriate size. You’ll even have a personal rating for each team size and your opponents will be selected on the average “Match Making Rating” of your party.

Additionally, the technology for selecting opponents has been improved upon. Now the pool of competitors has been expanded and will improve the Arena experience for all Warcraft players. No more cursing about the same assassination rogue, frost mage, and discipline priest that you just faced the battle before.

Probably the most exciting change that came this season was the newest buff, The Crowd Chose You!!! If an Arena lasts longer than 15 minutes, one of the teams will receive this buff that will increase damage, critical strike chance, stealth detection, and reduces damage taken. But teams will have to meet certain criteria such as having the most players alive and bringing the enemy team the closest to death the most.

Aside from those changes, the mechanics for Arenas has remained the same. You will still gain and lose personal rating based on your win/loss. However, your Conquest Point cap and purchasing items will now be based on your Personal Rating.

It’s time to start earning those special titles, mounts, and becoming your faction’s leading champion! Are you excited about these changes?