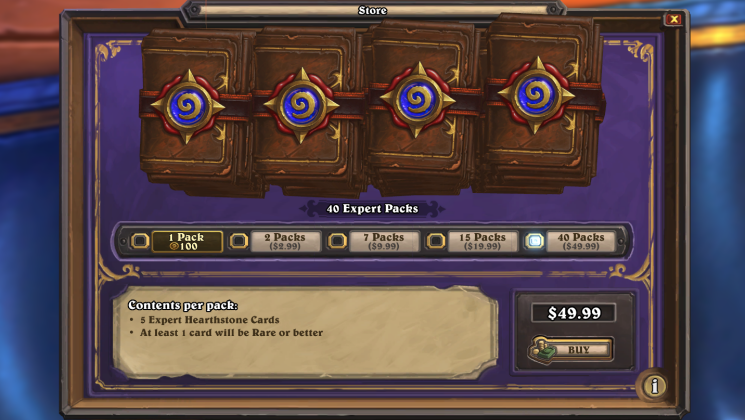 “Decided to buy packs until my CC locked out.” A player spends $450 on 360 Hearthstone packs to test the drop rate ratio!

With physical card games, there’s usually some trick to be able to tell which packs have a special card inside. That’s not the case with the digital card game Hearthstone: Heroes of Warcraft. Probability rations come with at a price, in real currency.

Decided to buy packs until my CC locked out. Yeah, I did get a godly pack and I won’t spoil it in the description. I hope this helps figure out ratios on how much $ you want to spend and give you an idea of what you may get.

Hearthstone is still in beta testing so this appears like a natural process of sharing information. And as stated, it does come with a price mark of $450 to test.