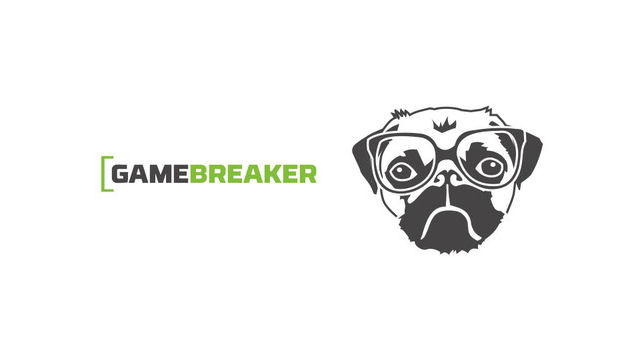 A reflection after a year with GAMEBREAKER TV. The positives, the negatives, and what has been learned.

On December 17th, 2012, I was asked to join the GAMEBREAKER team as a Social Media Coordinator with two others. It’s been a full year where I’ve filled many different roles with its ups and downs. But overall, the last year has been an amazing experience.

Probably the most thankless job (next to being a moderator) is running all the social medias. I only say this because even the smallest mistake in grammar or spelling is quickly pointed out–naturally the worst on Facebook–and we have to scramble to delete and re-submit, sometimes losing a nice start to commentary. Even with a double check process at the time, these mistakes fell through the cracks due to the drive to share our content as quickly as possible. But it taught me how to word the social media updates to perk interest even when the content was less than thrilling and learn the different quirks of each social media provider. Early November, the title of Social Media Coordinator was terminated so I could focus on the new role I was asked to fill in February: Writer.

My first experience as a Writer was more like a Producer. I helped Olivia D Grace come up with some thought-provoking questions for Dave Kosak when the Throne of Thunder patch was approaching launch. I learned that my foreshadowing skills caused me to look to the next patch instead of the upcoming one. We were also close to the first round of interviews to be scheduled (compared to the previous one when almost dead last), but I still went over the others to make certain there were no duplicate questions for him. A highlight among highlights.

It was a month later that Gary Gannon approached me about writing a World of Warcraft lore editorial, an aspect of the game that the site was lacking. Thus, Conspiracy Craft was born. I was able to publish the first four articles before we toyed with the idea of turning it into a show.

Writing a show is a lot different than writing an article especially when you’re writing the “script” for two others and keeping notes for yourself to talk about. Sadly, after eight episodes, Conspiracy Craft was taken off as a show. We kept discussing the idea of me doing the show solo and for Mike Schaffnit to edit it, which was around the time that Waypoint was being introduced. Instead, Conspiracy Craft has gone back to being an editorial since it helps provide the most information with reference links (at least in my opinion) and is still mindblowing.

Conspiracy Craft wasn’t the only articles that I wrote. I covered quite a bit of Blizzard Entertainment news from Hearthstone Inn Keeper’s Invitational, World First Siege of Orgrimmar, and even a few book reviews. Since I started writing with GAMEBREAKER, we’ve gone through quite a few different writing requirements, but now news gets out faster than before.

While I was working social media and writing between the call to update those statuses, I was approached to be the lead for a new project. GAMEBREAKER NATION was going to be our way to bring the community together and give back to them. We had multiple discussions on how this project would work, but it is what it is today.

Being a Network Administrator for GAMEBREAKER NATION was probably the most stressful role I had. It was my job to reword some of our policy for in-game, get guilds set up in some of the games covered in our shows, build a team for each game consisting of Officers, Event Planners, and Mentors, weekly meetings to organize, and communicating between the Nation team, staff, and regular members.

We soft launched the project in October. We weren’t 100% prepared, missing a streamline invitation system, database of user information, back-end report system for the officers, and some key roles empty. This caused me to lose my temper on the members over the permission of alternates in guilds which I shouldn’t have (and why I haven’t shown my “face” in the forums).

Because I lost my temper on the worse memory day of my year (death of my cousin), I was terminated from that role shortly after the removal of Social Media Coordinator. That scene had put a halt to my writing Conspiracy Craft for the week because I took what was said on the forums to heart. And since it affected my writing, that was why the responsibility was removed. I still beat myself up over that.

While I miss being Network Administrator for GAMEBREAKER NATION, I’m happy to be able to focus primarily on writing again. In the last year, I learned that I could never mimic another’s capabilities with GAMEBREAKER no matter how much some might wish I could. Though I was the most open and vocal on the team, the viewers often forget they have the owner and the community manager to reach out to as well.

I learned that I prefer the simplicity of just writing. Conspiracy Craft is the most enjoyable work I’ve done since my roleplay days three years ago. It stretches my imagination and flexes my deductive abilities. And just wearing one title has opened up for me to work on private projects finally instead of eat, sleep, drink GAMEBREAKER work.

But most of all that I have learned has been about myself. My goal for the New Year is to be a bit less “bitchy” on the Internet, to have a slightly thicker skin, but have the right mix of understanding and empathy for the fans of GAMEBREAKER. “The only constant thing in life is change.” I hope to learn more working with GAMEBREAKER for the next year.