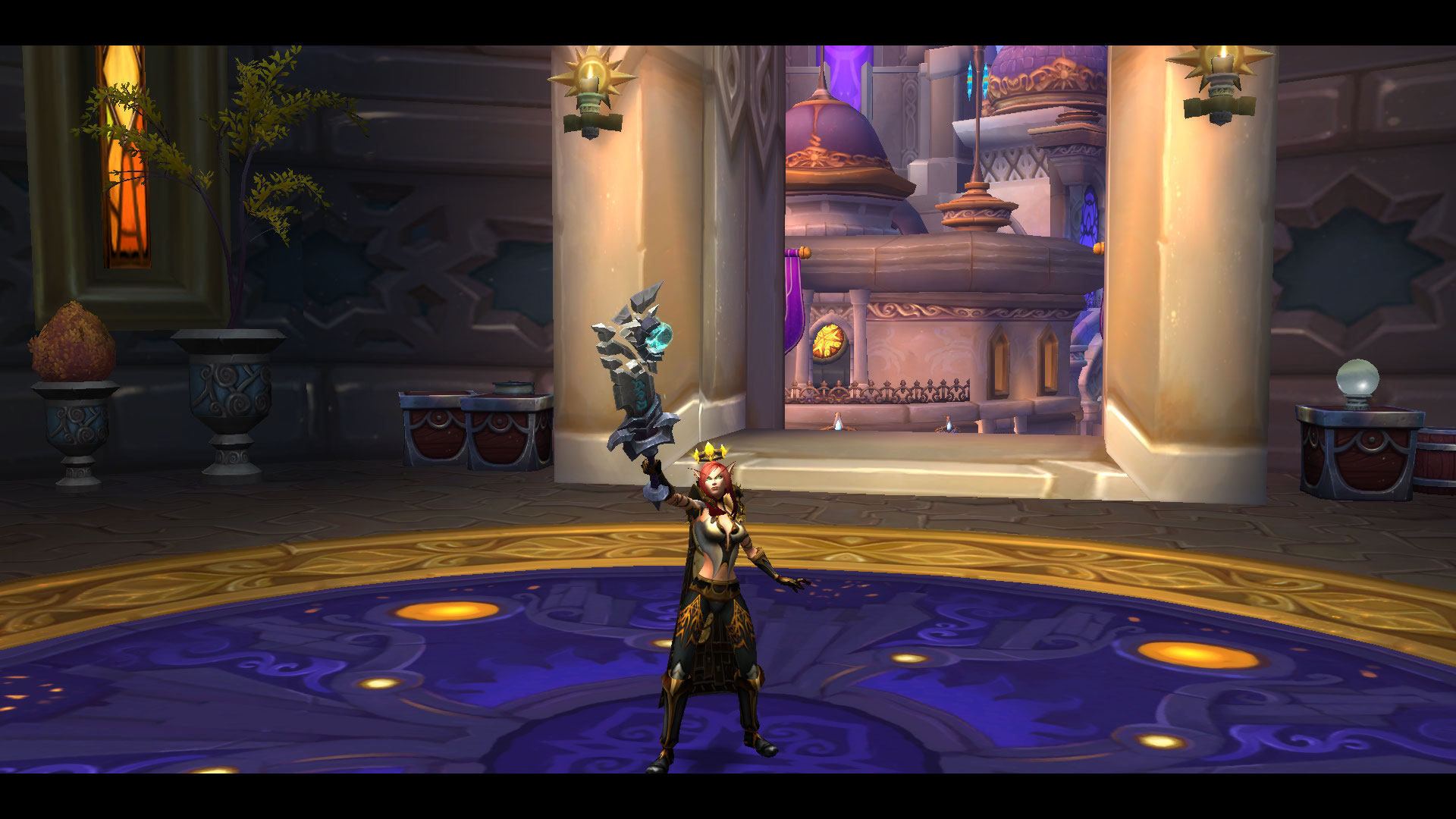 Not as fun of a Retribution challenge as expected. The video is filled with mistakes, near death moments, and mild insanity.

World of Warcraft introduces new solo challenges for each spec with the reward of unique artifact appearances. There are 7 different quests each designed to bring out the best of their respective specs. However, these are not to be done easily by the average player.

I will admit, The God-Queen’s Fury was a very frustrating encounter. Between the back-to-back Ancestral Knowledge and a lot of RNG placement, I was yelling at my computer for each ridiculous failure. This video is my successful completion filled with mistakes, near death, and high anxiety moments. 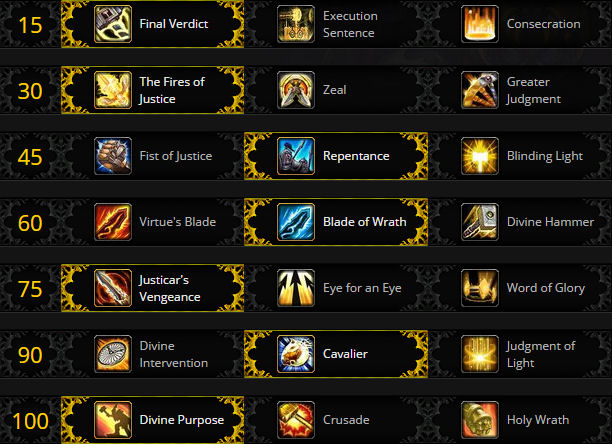 It’s mostly about survivability and mobility with the talent choices. (Note: In 7.2.5, Eye for an Eye no longer deals damage.) Justicar’s Vengeance paired with Divine Purpose is ideal for quickly getting back health while dealing some damage (Justicar’s Vengeance is best used on stunned targets for maximum healing).

I feel that Paladins are now slower moving damage dealers (dps), so I went with Cavalier to try to do the encounter correctly and quickly. Unfortunately, it wasn’t as successful as I would hope because my reactions would get a bit slower the longer the fight went.

I only had Liandrin’s Fury Unleashed out of the top 3 Best in Slot (BIS) legendary options, so I went with survivability and mobility options. Again, I feel that Paladins aren’t the most mobile thus using Sephuz’s Secret to move quickly between interrupts and stuns was my best choice (yes, I tried with the ring, but that possible extra speed helped more than the minor DPS increase).

After 5 minutes it’s the home stretch. There is no percentage where Sigryn, Jarl Velbrand, or Runeseer Faljar stop using certain abilities.

This challenge mode will require a lot of patience and almost flawless mechanic attention if you aren’t quite geared enough. Remember to take a break if you get frustrated.