Vol’jin Shadows of the Horde Review 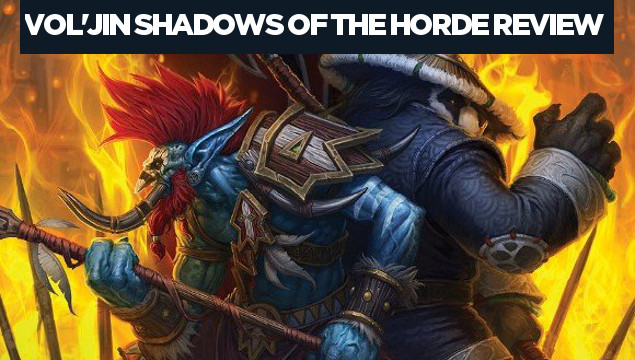 The new World of Warcraft novel, Volj’in Shadows of the Horde hits the shelves today, July 2, 2013. Get a first peek review before you buy!

New to the World of Warcraft novel scene, New York Times Bestselling author, Michael A. Stackpole brings a new in-depth look at the leader of the Darkspear tribe, Vol’jin. Slow at start, Vol’jin Shadows of the Horde had me captivated as the troll leader faced his greatest challenge with a tempting option that could benefit his tribe.

Stackpole is not an unfamiliar name in the science-fiction genre. He has published more than forty-five novels but is best known for Star Wars books I, Jedi, and Rogue Squadron. He is also a game designer, a podcaster, screenwriter, a graphics novelist, and has an asteroid named after him.

After Warchief Garrosh Hellscream’s cowardice order for an attempt assassination on Vol’jin’s life, he now struggles to not only heal physically but spiritually as well from the anticipated yet still shocking betrayal.

Stackpole did not miss the opportunity with this life-altering experience. It brought further developing to a well-entrenched historical Warcraft character. I felt he managed it in such a way that was in a characteristic of the son of Sen’jin. But he also wrote the opportunity for Vol’jin to have aid from the most unlikely of allies.

Suffering from his own spiritual pain endured at the Battle of the Serpent’s Heart, Tyrathan Khort’s heart is steeped with self-doubt and torn by doing right for his family back in the Eastern Kingdoms. He is a newly introduced character to help keep Vol’jin in balance.

An excellent opposite to Vol’jin in many ways. Humans and trolls have been at odds with one another all through out Azeroth’s history. But Stackpole takes the opportunity to utilize Pandaria’s iconic local, Taran Zhu, to bring them to a harmonious balance.

“Because they are of a balance. Your troll, from what little you have mentioned and the fact that he is a shadow hunter, doubtless is of Tushui. This other, the man who every day goes up the mountain a bit farther, then returns, is of Huojin. One is Horde; the other is Alliance. They would, by nature, oppose each other, and yet it is this opposition that unites them and gives them meaning.”

And that is the primary theme of Vol’jin Shadows of the Horde: balance. 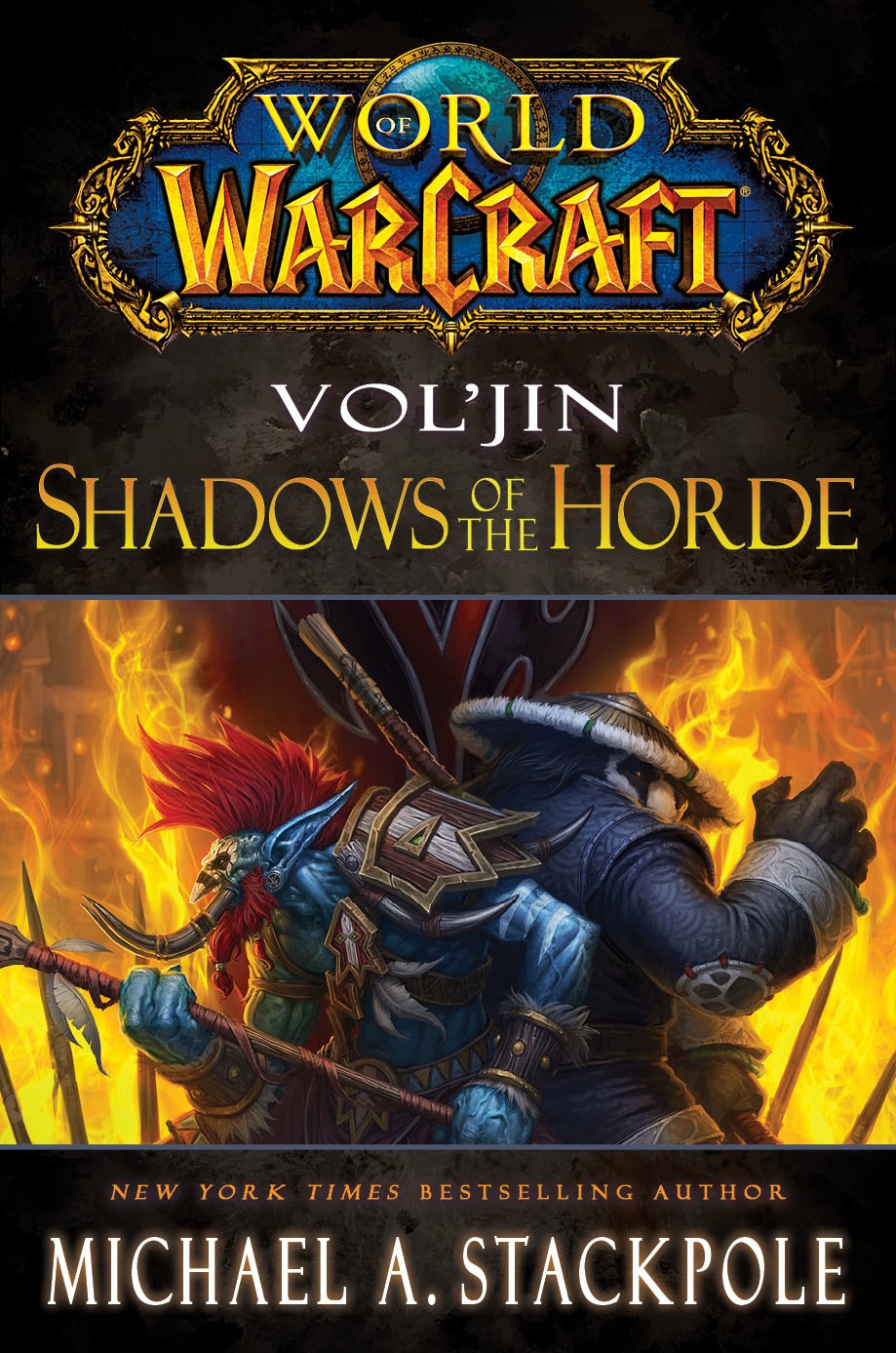 Balance within each character, a balance between characters, and balance between actions. It is to remind readers that there is a balance to everything in life no matter the point in time and achieving the desired end without ego or a need for victory.

But balance isn’t the only lesson to be learned by Vol’jin. As the Darkspear leader slowly recovers in the first ten chapters and works on balance within, a familiar opposition appears to him in a vision and threatens the peace of Pandaria. The time for him to make a choice that is true to himself and best for his people ramps up until the final bloody conclusion.

Vol’jin Shadows of the Horde picks up from the familiar spot most Warcraft players left off after the scenario, Dagger in the Dark. I feel it tells his struggles well without too much information missing when patch 5.4 will launch and still manages to remain as an excellent standalone regardless. Current Warcraft lore-nuts will not be disappointed.

Previous Warcraft books I’ve read have not been a true singular book, but I feel secure enough to say that even non-Warcraft players would be able to understand and enjoy. Minor historical parts are briefly covered that could perk the interest of further reading (listed in the back) but the new development will certainly be enough to not cause new readers to be lost.

I definitely recommend this novel if you are preparing for the Siege of Orgrimmar to better understand just why the Rebellion has ramped up in Durotar for both Horde and Alliance.

Special thank you to the World of Warcraft community manager team for gifting the novel.