The Plague Unleashed in Hearthstone: Naxxramas 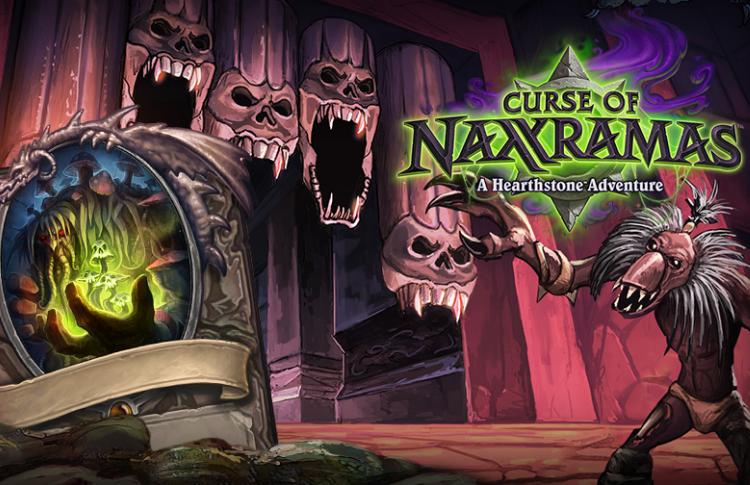 Cleanse the Plague Quarter in Hearthstone: Curse of Naxxramas now!

The Plague Quarter houses some of Naxxramas’ most “catchy” bosses, who would love to infect you . . . with fun! Victory over these masters of unsanitary conditions will reward you with all-new Hearthstone cards!

Players will once again have to defeat the three bosses within the Plague Quarter. The first boss will be the Plaguebringer himself, Noth. Stop him from refining the undead creation process and be rewarded with Stoneskin Gargoyle–an obnoxious card that can heal to full if not destroyed quickly.

Next players will deal with Noth’s loathsome “dance” partner, Heigan the Unclean. By waltzing your way to victory, the Unstable Ghoul will be yours to command. But beware of your new found friend, he might flail upon death causing damage to both friend and foe alike. 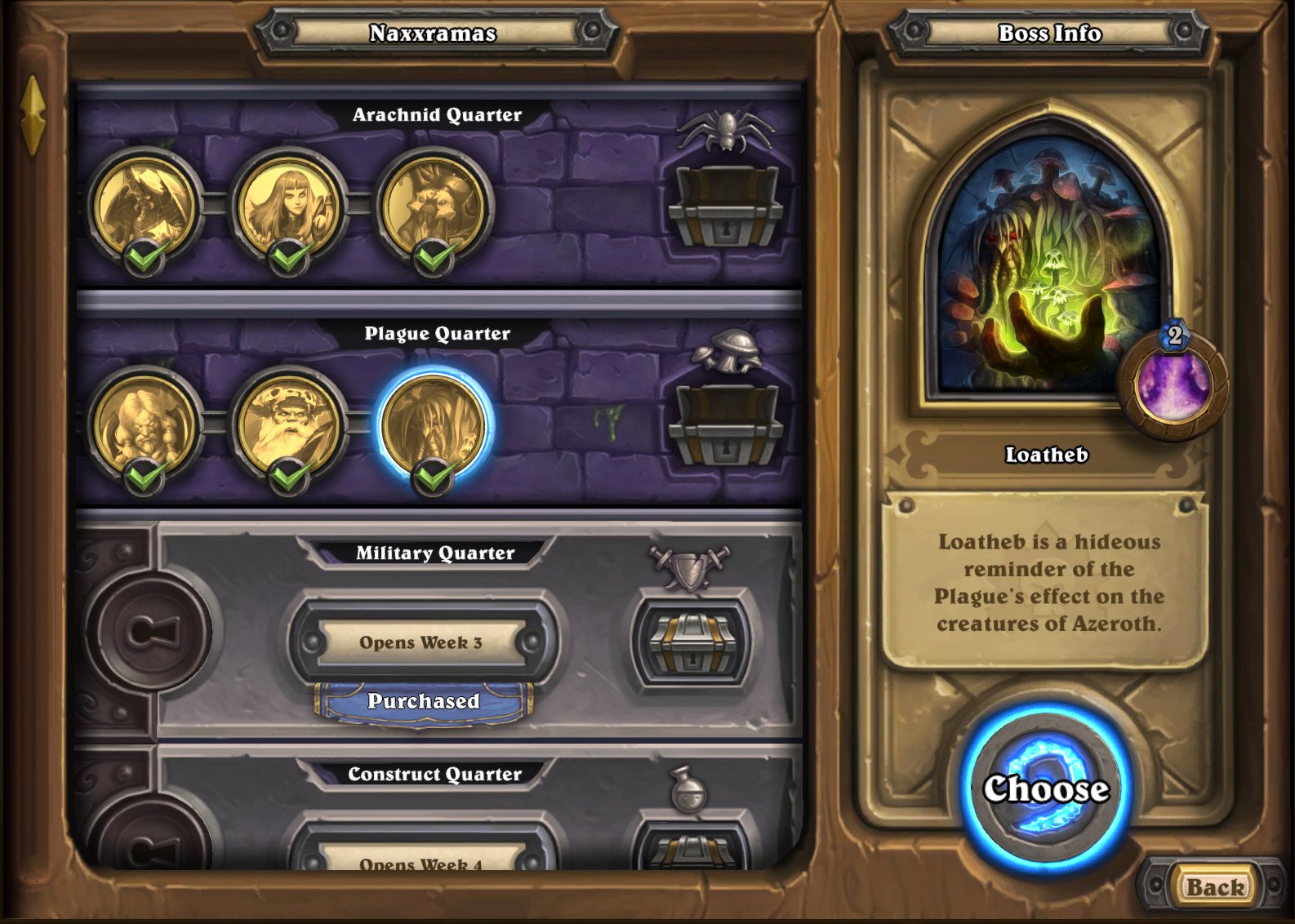 The final boss may require a bit of cultivating. Loatheb has grown lonesome and starting to meiosis within the necropolis. His spores will target hero and minions alike, creating more for himself. Pruning him will grant players the Sludge Belcher who will call for a friend within him after he is destroyed.

By defeating all the bosses in Naxxramas: Plague Quarter, Loatheb will be part of players’ collection as a Legendary card. Also new Class Challenges will unlock to release new cards.

And for that extra challenge, players will be able to cleanse the Plague bosses all over again in Heroic Mode. They will be much more challenging than their normal verison and will require cleaver deck construction.

Adventure further into the necropolis capital in the Plague Quarter today!