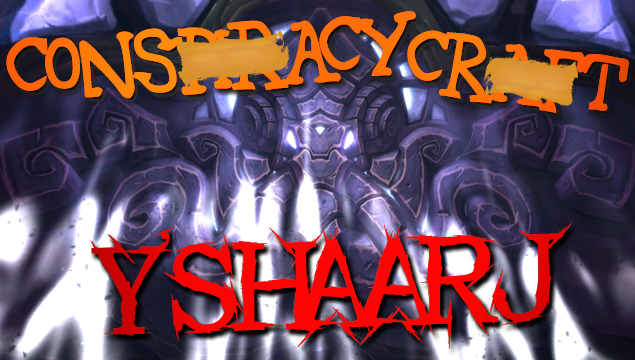 Heroes of Azeroth, it is time to discover the Dark Heart of Pandaria! Down the lore speculation rabbit hole once again for PTR Patch 5.3!

Here I was working hard on the Klaxxi, writing about how they are waiting–waiting for the call of the Old Gods and how they might not have ever heard the call. Then Blizzard dropped some public test realm 5.3 patch notes and the inner school-girl set off giggling at all the possibilities! And a new World of Warcraft patch means it’s time to “DATAMINE ALL THE THINGS”! Already the sound files for Patch 5.3 are uploaded on to youtube thanks to BlizzardRS and ZAMOfficial. Two particular voices caught my interest, verified some of my theories, and completely blew my mind! It is time to look back at old clues and speculate on just how one Old God cannot die.

It seems that we have been wrong this entire time about the Old Gods‘ death. At least, that is what Y’Shaarj is leaving me to believe after his cryptic scenario soundfile. It seems he has been biding his time, imprisoned like the rest of his fellow Old Gods. We should have known better. This had been hinted at all the way back to Classic when Ahn’Qiraj out in Silithus was starting to stir. The Prophecy of C’Thun from The Calling quest briefly covered the battle between Old Gods and Titans.

In the time before time, when the world was still in its infancy, a battle between a Titan and a being of unimaginable evil and power raged on this very soil. The prophecy is unclear about whether or not the Titan was vanquished in this battle but it illustrates that a Titan fell. An Old God had also fallen – or so it was thought.

Since Warcraft had been so new during Classic with a clean slate for lore possibilities, the majority of the player base assumed that the fallen Old God was C’thun. But it wasn’t. After getting exalted with the Klaxxi, Kil’ruk the Windreaver reveals that it was, in fact, their god, Y’Shaarj, who was slain.

After the Titans had managed to fight back the elemental lieutenants, the war quickly raged between Titans and Old Gods. Y’Shaarj sent forth his swarm of mantid, blanketing the sky with their shadow. He was the most fearsome of the Old Gods with his seven heads feeding off the negative emotions of the denizens of Azeroth and, perhaps, adding to his own power. And so the Storm came with thunder first and then Stone. The lightning caused the swarm to flee, the Stone struck at the heads of Y’Shaarj. His last terrible breath left a shadow in the land and sky.

But he didn’t die. Perhaps the Titans realized they couldn’t truly kill the Old Gods after the battle with him. We know that the curse of flesh was something that even they could not lift as it slowly spread among their creations. Either way, they ended up imprisoning all the Old Gods deep within Azeroth itself.

For thousands of years, Y’Shaarj was believed to be dead, snuffed out by a Storm and Stone. Instead, he slept like death. And it took the kiss of conflict to re-awaken him and break his nursemaids, the Sha, free. Okay, bear with me and let me explain my theory on how he was able to sleep away almost a millennium.

The blows that were dealt to Y’Shaarj were mighty indeed. They knocked him out of his senses leaving him weakened. Against pure, positive emotion from a Titan and the lack of humanity within the Titan’s construct, there was little for the Old God to feed and grow in strength. And so, he exhaled the Sha as a defensive mechanism to sustain life. Yes, I believe the Sha were life-support.

Then a Pandaren Emperor managed to shed away all of his negative feelings, fighting back against the Sha and imprisoning them like their creator. While that might have been the end for Y’Shaarj, there was one Shaohao could not shake off. Pride. And it was with Pride that he enveloped Pandaria from the Sundering and continued to give the Old God exactly what he needed to survive. But it wouldn’t help him regain his former power. He would need humanoids with strong emotions running deep and little self-restrain to control them.

Destiny or a controlling force, the Horde and Alliance stumbled upon Pandaria just as the mists were dropping. The perfect meal for a starving Old God was presented to him. The first conflict in Jade Forest was enough to break the shackles of the Sha of Doubt, a prologue to the freedom of the rest of the Sha. Soon, six of his seven shadows would loom in physical forms across the land. He was like a parasite, taking the emotions they evoked in others and he fed well. It didn’t matter when his last Sha was defeated by heroes. He was rejuvenated enough to begin awakening.

If Y’Shaarj is anything like his fellow Old Gods, we’re in for an epic encounter when patch 5.3 is live! I can’t wait to confront him and to get the official survival story from Blizzard! His appearance in the soundfile definitely threw me for a loop, but it’s still too much fun to speculate on just how this “dead” Old God survived! 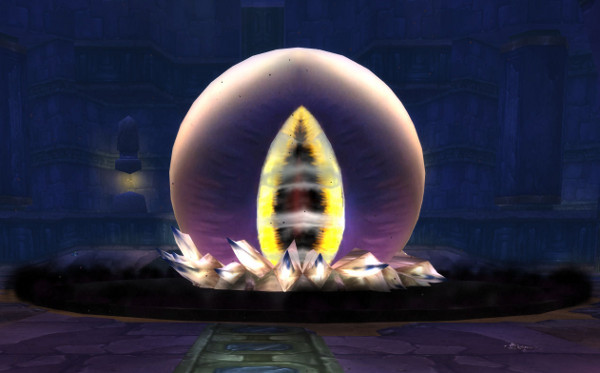