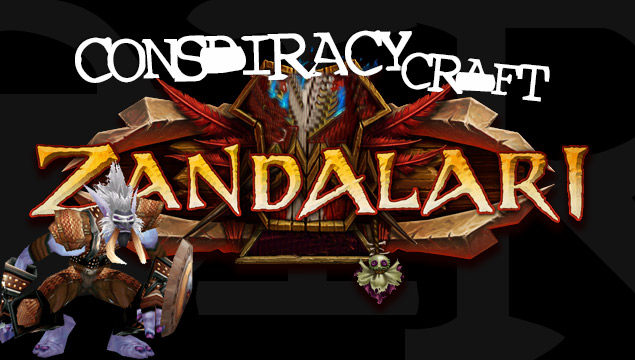 The Zandalari are just trollin’ with ya mon about their last stand. Get your tinfoil ready! We’re going into Warcraft lore theorycrafting!

There has been a lot of assumption that the latest patch in World of Warcraft: Mists of Pandaria is the finale to the Zandalari. Though it was proven false in an interview by WoWInsider, not many have dared to think about their future. Join me as I layout my latest speculation on just what Blizzard could have in store for the trolls.

Why did the Zandalari decide during Cataclysm that it was the time to reunite the splintered troll tribes to them? The Zandalari had been the inciters for their fellow trolls demise from Zul’Gurub to the Drakkari consuming their Loa Gods. Was it the foretold loss of their own tribe when Deathwing shattered Azeroth? I would like to think so. For me, it seems that the immediate threat for the Zandalari trolls was the heart of this dream.

It is possible that Prophet Zul could have used his visions for another purpose. We don’t know how old this troll is or any of his other passed visions–aside from the Shattering and its effect to his people. He might have seen Hakkar’s threat to consume Azeroth during Classic or even the frightening nightmare of Loas being consumed in the face of an undead army which looked similar to the ice troll denizens. Could his vision of Zandalar island sinking into the South Sea have been used to raise him up in status? Since King Rastakhan has reportedly lived for over 200 years with the aid of the Zandalari gods, Zul couldn’t aspire to rise higher. (*groan*)

Bad jokes aside, Zul could have been eyeing that Golden Throne for himself his entire life. We don’t know how the prophet felt towards the Zandalari king. What we do know is the doom and gloom prophecies from the dark prophet were wearing the king down. It wore him down so much that he didn’t believe his own people were in danger and only willingly gave a few boats for Prophet Zul and his followers so he wouldn’t have to hear from him anymore! What a prime opportunity this could have presented to Zul! A way to be rid of a king who had stopped listening to him AND a chance to increase his own importance in his follower’s eyes.

Re-watching the Patch 4.1 trailer it doesn’t sound like Zul is talking for the Zandalari as a whole. For 10,000 years, these trolls have been scholars. It seems like this thirst for dominance could easily be driven by a small number at first, but then spread like wildfire once Zandalar island slowly listed into the sea after the prophet’s departure. And what better way to reach his end goal then to rally two warmongering tribes to his cause! 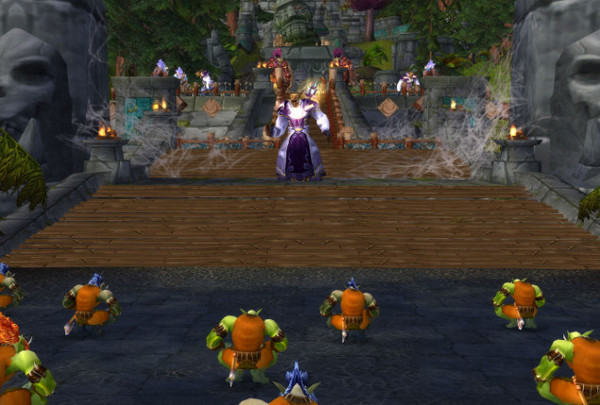 I see Zul’Gurub and Zul’Aman as a misdirection for Azeroth’s heroes. And while Pandaria would be the closest for the Zandalari to repeat their own history, it is just as misleading. It would merely be a setback for the Zandalari Empire and it is most certainly not the end of them. “Cut off the head the snake and the body will die.” So too will the heroes have to do this to Prophet Zul, who is conveniently missing from Patch 5.2.

No, Patch 5.2 Throne of Thunder is certainly not the end of the Zandalari. And if the previous order of lore for Warcraft patches is anything to go by, I suspect we will not see a troll specific patch in the next expansion. In Wrath of the Lich King, we only encountered trolls in quests, a zone, and two launching 5-man instances. I feel it would be better for the development team to give the Zandalari brew a minor break in the next expansion. Give them enough time to ferment and possibly hit hard with a complete troll expansion!

There is a huge opportunity to make the crushing of Zul’s Zandalari dream into something epic! We currently have King Rastakhan MIA. For all we know, he could be against the prophet, He might rally with the Darkspear to bring the prophet and his follower’s destruction. There are already a few Zandalari who opposed the Rise of the Zandalari in Cataclysm and it is possible that there could be more hiding away and biding their time. We are at the mercy of Blizzard. 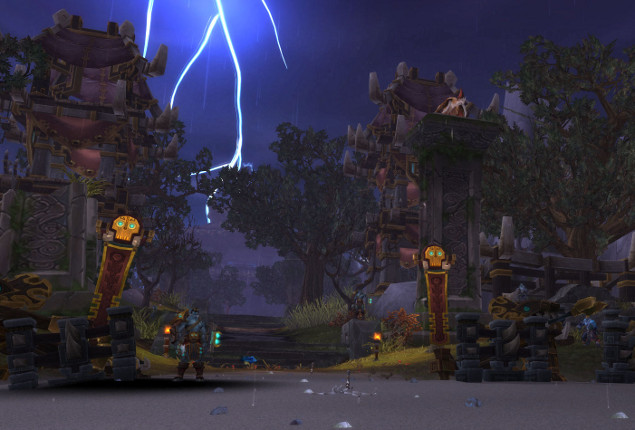