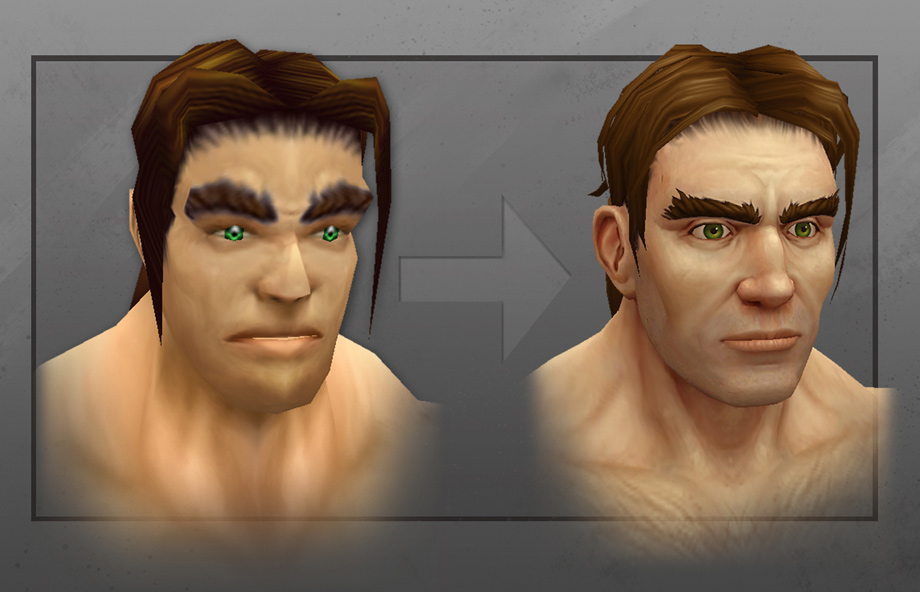 The male human model is revealed in Artcraft, but many already want him debuffed!

The latest Artcraft takes a look at the Champions of Stormwind–the male humans in World of Warcraft. Art Director Chris Robinson expressed that the team wanted to honor the original style of the human model while fixing several glaring issues.

The male Human has long been a source of criticism from some of you for his odd proportions and face geometry.

The Artcraft this time was very short and didn’t go in-depth of the process for the male human redesign. What is evident is that the team did manage to keep the silhouette intact right down to the muscle build of their body.

However, while the example face has been clearly restructured, this is only one of the options that is (probably) commonly used by players. So it is difficult to know how the other face options will look based on just this update.

Perhaps the biggest change is the fact that the new design sports chest hair and large areola nipple. And players aren’t too thrilled with many of these changes.

Humans in any game are the most difficult to capture well. Players have different concepts of what the ideal human shape is and if it doesn’t fit it perfectly, they will share some of the flaws they see.

Many in the Warcraft community have issues with just how overly muscular the male humans appear. Several took to their photoshop programs to tone down the muscle tone to be more “realistic.” 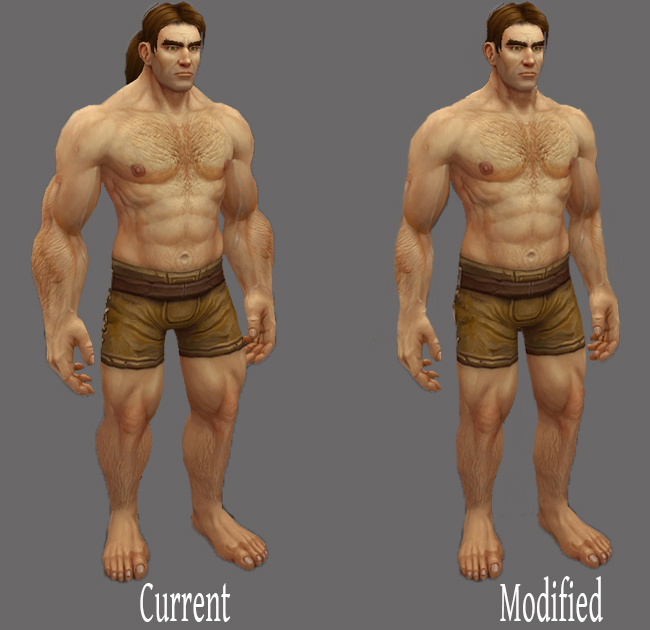 Several have also shared their love-hate with male human’s new nipples and the large areola. Compared to some of the males that have been released in Artcraft, they are larger.

But these issues with how the male human “should look” stems from an even deeper social problem on body image and perfection (and will be saved for later). The root of the problem is that everyone has a different idea of how the Warcraft male human should look and it certainly won’t please all.

What do you think about the new model? Do you agree with your fellow players about him needing a debuff?