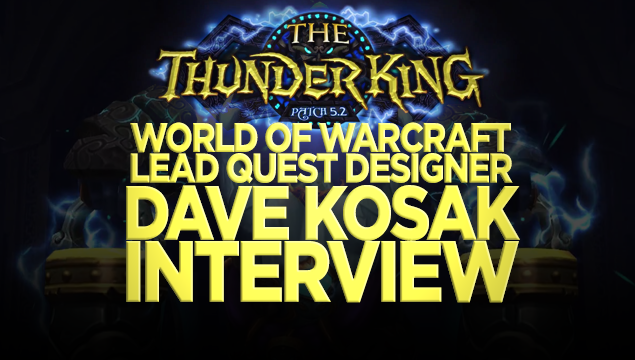 Gary Gannon sat down with Blizzard Lead Quest Designer Dave Kosak today to discuss the recently released trailer for World of Warcraft Patch 5.2: The Thunder King, getting a behind the scenes look at the processes behind the trailer. As Blizzard Entertainment’s lead quest designer for World of Warcraft, Dave Kosak oversees the development of all quest content for the game and its expansions, as well as contributing to the overall fiction of the game world. The Gamebreaker crew took this opportunity to get their red shirts on and ask Dave about the lore of patch 5.2 and beyond!