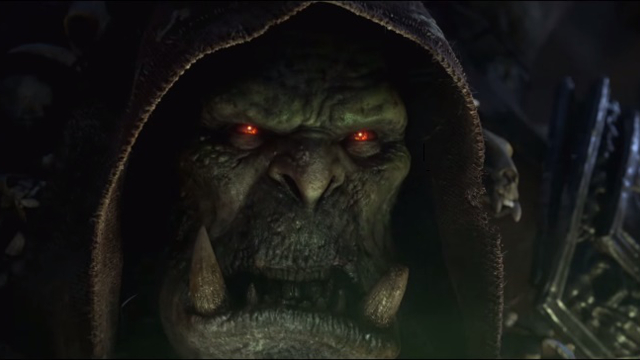 Spoilers within about the Final Assault, Warcraft’s Legendary Cinematic revealed!

With the launch of Patch 6.1, the Warlords of Draenor Legendary quest chain had a few more quests added to its profression. Huge props to Blizzard Entertainment for keeping this gem a hidden secret from dataminers! Now, players are completing Chapter III: Foundry Falls and with its completion a new cinematic has been uncovered.

Players who don’t want spoilers for the future in Warcraft should not view the video provided below and should stop reading at this point.

Since Draenor is on an alternative timeline, Warlords of Draenor is showing more subtle changes to the history many players are so familiar with for Azeroth. And the latest cinematic as the finale to Chapter III: Foundry Falls brings new twists for the plotline.

The Burning Legion is still focused on their revenge mission to destory the Draenei and the kill Prophet Velen. And their puppet, Gul’dan, has his orders he must still carry out or face their burning rage.

Players have been carefully dismantling the Iron Horde as Archmage Khadgar has tried to counter the growing power of Gul’dan. Because of this, Grommash Hellscream is beginning to lose morale in his vision for conquest.

Gul’dan is aware of Grommash’s weaking resolve and appears before him in Tanaan Jungle. He once more offers the cup of demonic blood. Grommash though remains stubborn and shows his iron will by refusing it again. But the warlock is aware he isn’t the only Orc who could step forth.

Taking the scene from the Rise of the Horde, Gul’dan offers up the cup for one of Hellscream’s followers to step forth. The shocking surprise is that Kil’rogg, Warlord of the Bleeding Hollow, is now the first of the Orcish race to drink deep the corruption.

This alteration in the timeline has many who are familiar with the Warcraft story wondering what will happen? Who blood was within that cup? Why was the corruption of the Orcs different with Kil’rogg drinking first? And will this “fel Horde” repeat history by moving against Shattrath City next?