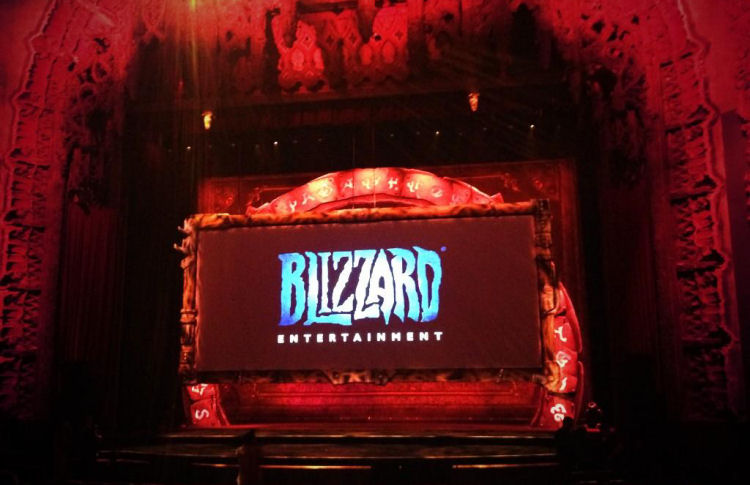 The Warlords of Draenor Premiere kicked off to show a new series, the cinematic, and release date!

The horns and drums of war are pounding within the Theatre at Ace Hotel for the Warlords of Draenor live event announcement! Chris Waters from Gamespot as host for the Warlords cinematic reveal and release date and a lore series on World of Warcraft.

The excitement in the crowd intensifies as Mike Morhaime takes to the stage. He reminds Warcraft players that this is the 10th anniversary for the MMORPG. Big things will be happening once Chris Metzen, Ion Hazzikostas, and Brian Holinka take the stage!

Hazzikostas explains how players will be able to jump right into Warlords thanks to the boost to level 90 option with the upcoming expansion. It will have an area similar to the Death Knight starting area to help teach new 90s how to play their class.

Players’ mission on Draenor will be to take down the Iron Horde, but in truth, heroes can’t do that alone and will need to build an army. That’s where the Garrison comes into play. And the choices players make will shape how their base will grow.

But with a large base, other players want to face off against each other thankfully with Ashran. Holinka iterates that there will be more to do for PvP in Warlords. But Ashran will break away from the structured battles and have a PvP playground.

This island will have a massive tug of war between Horde and Alliance with the Alterac Valley endless-flavor. If that’s not to your taste, there’s different spots around the edge of the island that players will be able to aid those in the heat of the battle.

And Blizzard has figured out how to take faction heavy populations and pit them against one another on the island. Players will be able to loot half the special currency on Ashran from a fallen enemy–enticing more to make that killing blow.

One of the cool things about Ashran will be special Tomes/Artifacts that will boost classes with special abilities. Some beta testers went so far as to roleplay on the island in the heat of battle.

Players will be embarking on a suicide mission to journey beyond the Dark Portal and it down from the other side. If heroes fail, the Iron Horde could very well roll through into Azeroth like the First War. Those who venture through will be trapped on the other side.

Upper Blackrock Spire will be available as a preview for the Pre-Warlords launch Patch 6.0.0! Heroes will have to face off against Zaela based on rumors that a new threat from the Dark Portal is looming.

After the Lords of War first episode, all that Draenor has in store was shared in an amazing video showing each zone, dungeon, raid, and awesome features!