The Sha: Anger is a Self-Made Enemy 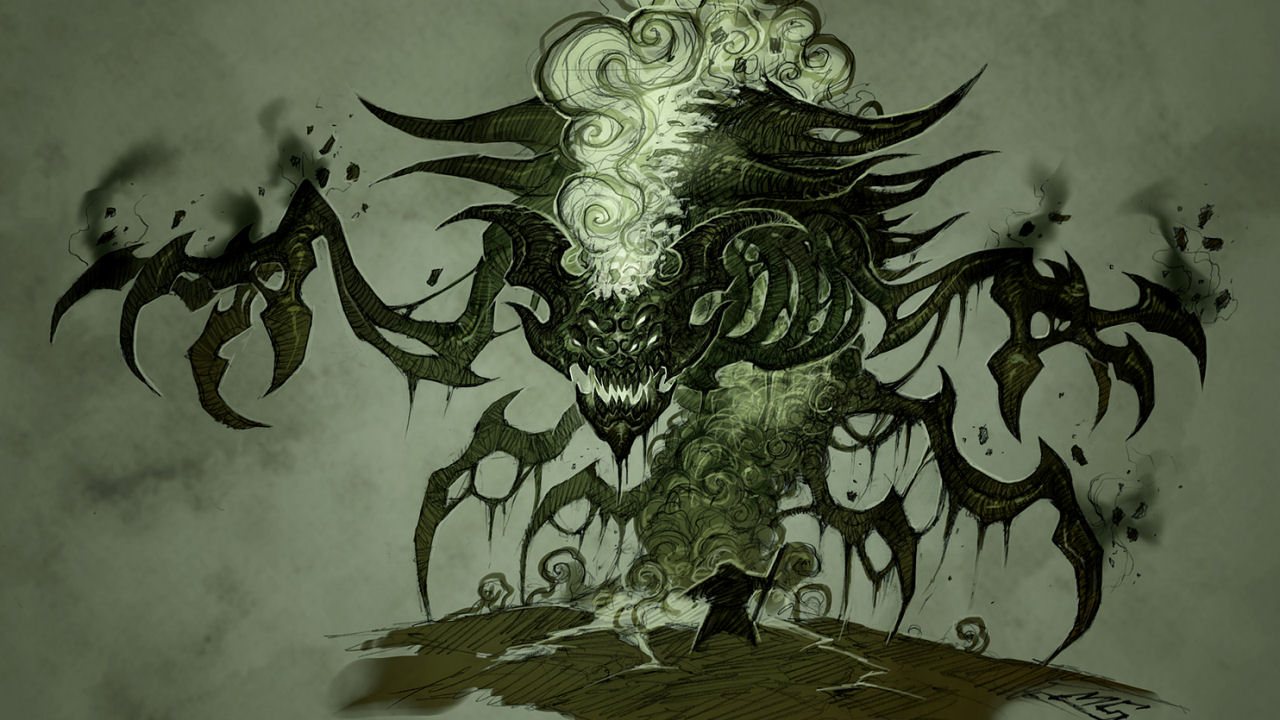 As Blizzard has been working diligently to update the Warcraft community on the next expansion, the player-versus-environment (PVE) community has been voicing a few concerns about the “end-boss” of Mists of Pandaria (MoP).  The explanation given at BlizzCon was that war was returning and that would be the real end-boss for MoP.  It sounded so player-versus-player (PVP) that some feel that Blizzard will neglect the kill monsters side of their game.

What people don’t recall is the new entity called Sha, who are “elemental beings that take on a shadowy form.  They are the physical manifestation of negative energy, the kind the Alliance/Horde conflict fuels.”1 With the description of the Sha broken down into that simple information, it makes absolute sense how war can still be a PVE opponent.

Remember back to the Emerald Dream.  I know, I was hoping for an in-game solution to this problem as well and I still suspect it’ll return, but the Nightmare was pushed back to this one spot in the Dream.  Since the Dream is a layer upon layer, we don’t exactly know where the Nightmare can’t be purged out.  My suspicion is that it resides on Pandaria.

Blasphemy I know.  “The Emerald Dream would have been destroyed with Ysera’s powers.”  Not entirely true.  She just lost the Aspect part of it and it existed before her appointment by the Titans.  Just because Nozdormu lost his power over Time didn’t mean Time ended.  The Emerald Dream is Titan made.  Also, that wouldn’t keep the Old God who was the cause of the Nightmare to be purged out.  If I counted them right, we should still have one Old God who is nameless.

But I don’t suspect we’ll be facing this nameless Old God as an end-game boss.  After all, Metzen’s been quoted in saying that destroying all the Old Gods would, in turn, destroy Azeroth itself.  In fact, I am very very hopeful that Blizzard will actually work on building characters you want to hate for future expansions, something that was lacking in Cataclysm (see End-Expansion Blues: Why Deathwing Sucks).

For now, Azeroth’s heroes will be forced to face that which they created themselves in the Sha.  Whether or not is it simply a puppet of some larger being like Deathwing was will remain to be seen. But I personally would enjoy it being so, but so far, my track record has been terribly off, though it’s nice to speculate and add ideas to the pot for possible stewing.  Until next entry.